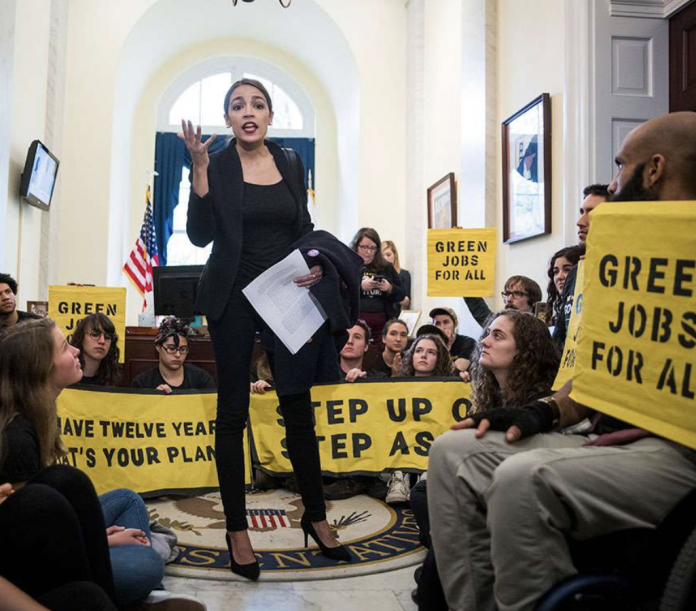 The Green New Deal is proposed legislation which conservatives have largely denounced as socialism and antithetical to American values.

Can Conservatives Ever Get Behind the Green New Deal?

If you let Gillibrand tell it, the Green New Deal is “wildly bipartisan.” Throughout a CBS This Morning interview, the senator lauded what she views as the merits of the proposed legislation:

Gillibrand furthermore maintains that the Green New Deal will result in additional employment opportunities for Americans:

“The second piece is jobs. It’s all about training people to do wind, solar, geothermal, hydropower, biofuels. The third part of the Green New Deal is clean air and clean water, and I can’t think of a more universal issue.”

Why Does the Right-Wing Oppose the Green New Deal?

Conservatives have largely come out against the Green New Deal for a plethora of reasons. During Gillibrand’s interview, she failed to mention what many right-wingers view as problematic aspects of the Green New Deal.

These aspects include, but are not limited to, doing away with gas-powered cars and air travel. Gillibrand talks about increases in jobs; what happens to the jobs of individuals which are tied to cars and airplanes?

Another aspect of the Green New Deal which engendered conservative backlash is the provision of economic aid to individuals who are “unwilling” to work. If those who are unwilling to work can earn money, why should anyone work?

This aspect of the Green New Deal is largely why conservatives view it as socialism. Furthermore, what Green New Deal supporters are calling for would require massive government control. Conversely, the right-wing generally favors small government.

From a purely objective standpoint, the Green New Deal is highly unlikely to garner bipartisan support. Some moderate Democrats have even come forth and denounced the legislation as unrealistic and extreme; nevertheless, many members of the left-wing are sticking to it.

Only time will tell what’s to come for the Green New Deal. Virtually zero Republicans have come out in favor of it.