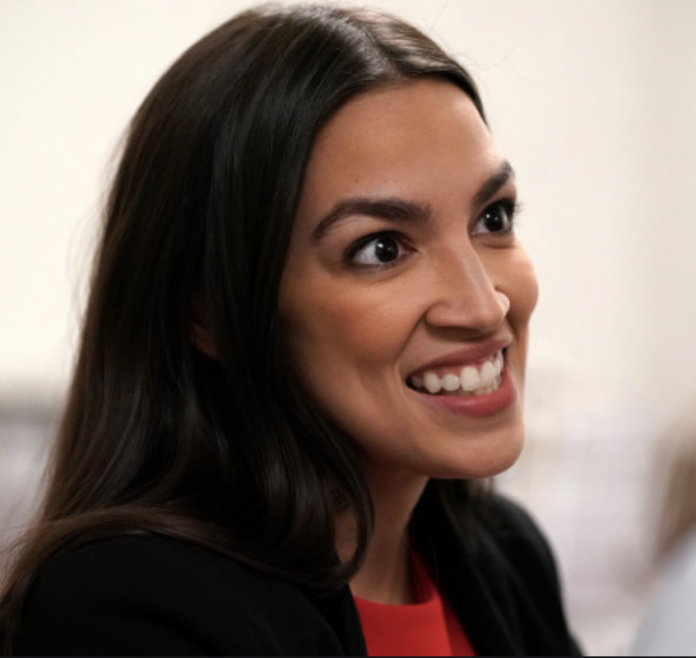 Over the past few years, various left-wing groups have expressed concerns about police brutality in America. Some of these concerns involve a narrative that police officers are inherently racist and out to get minorities; this narrative has been challenged and largely disproven, especially in light of various data and statistics.

On Friday night, rioters in New York City took to the streets in order to express their displeasure with the prices of public transportation fares and the conduct of law enforcement officers. Their behavior quickly got out of hand, subsequently leading to various arrests.

Following the events which transpired, congresswoman Alexandria Ocasio-Cortez took to Twitter to share her thoughts. Interestingly enough, Ocasio-Cortez chose to censure the law enforcement officers, rather than those who committed the actual crimes in the streets of New York City.

Rioters in New York City jumped over turnstiles, chanted, and marched in the streets. Footage of the riots also showed participants holding up various signs with anti-police slogans on them. Throughout the riots, there was no provided explanation regarding why participants believed they shouldn’t have to pay fares for public transportation.

Still, in spite of the aforementioned behaviors, Ocasio-Cortez decided that the police who arrested rioters behaved improperly. Therefore, the House Rep. slammed law enforcement on Twitter, stating that making arrests simply “destabilizes” the NYC community and fails to foster a safe environment.

Ending mass incarceration means challenging a system that jails the poor to free the rich.

Arresting people who can’t afford a $2.75 fare makes no one safer and destabilizes our community.

New Yorkers know that, they’re not having it, and they’re standing up for each other. https://t.co/asvidIe5zV

One of many problems is that “standing up for each other” on Friday involved breaking the law. Critics of the congresswoman’s statements have pointed out that her response seemingly encourages lawbreaking conduct.

Increase of Riots in America

In recent years, various leftists have taken to the streets to express their unrest with different systems and decisions being made in America. Those on the left frequently point out that protesting is a right. However, in order for protests to remain legal, they also must be peaceful.

The riots which took place in New York City on Friday were as far from peaceful as it gets; the same statement also applies to various other riots which have taken place across the nation. Blocking traffic, calling for the deaths of police officers, and destroying communities are not acts of peaceful assembly.