Home America Sanders: My “Ideas” Are NOT “Far-Left”
SHARE 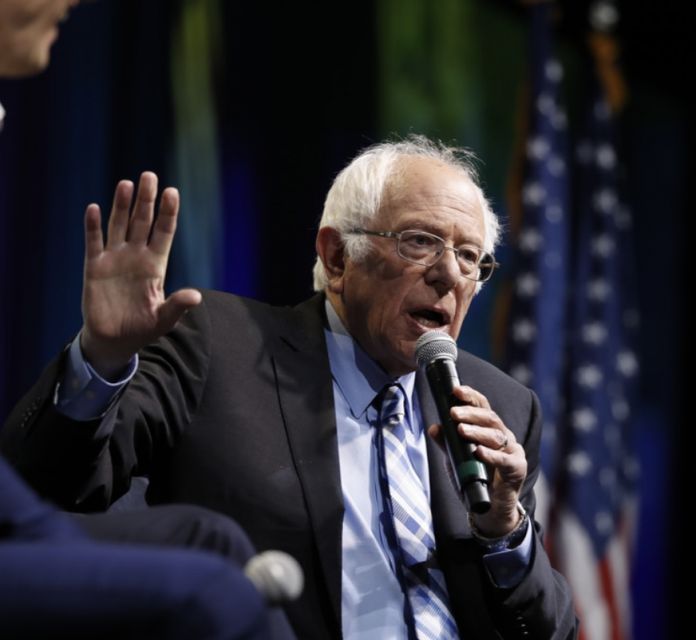 The Democrat Party and left-wing 2020 candidates are no strangers to accusations of extremism. Conservatives are some of the harshest critics of what they deem as radically far-left policies.

Many of the policies which 2020 Democrats are backing include Medicare-for-All, the Green New Deal, Housing-for-All, etc. The thing is that each of these proposals is radically expensive, would amount of trillions of dollars, and destroy a series of jobs along the way.

Democrat candidates have pushed back against those who accuse them of being radical and far-left. One of those candidates just so happens to include Bernie Sanders.

On Saturday, Sanders contradicted the claims of those who brand his “ideas” as extreme and far-left.

Everything You Need to Know About Sanders’ Perception of His Policies

Firstly, it’s important to understand that Sanders believes what he has to offer is of value. The self-proclaimed Democratic-socialist also regularly asserts that bringing government into Americans’ healthcare, education, etc. will ensure a more fair outcome. Then, we have to remember that a significant amount of Sanders’ support is comprised of college students and others who have yet to learn there are no free lunches.

The combination of the aforementioned factors ultimately explains why the 2020 Democrat believes what he said at the Iowa NAACP’s Economic Freedom forum.

“My ideas are not far-left; they are the ideas that the American people want.”

Many Americans who believe that they want Sanders’ “ideas” are not aware of the negative, subsequent aftermath which will inevitably follow. This tends to be the case when it comes to socialism.

Will Far-Leftism Come Back to Bite Democrats in 2020?

Although Sanders might not view his ideas as extremely far-left, there are many Americans who do. Right now, he’s a leading candidate, but only in the primary election. In a general election, whichever Democrat turns out to be the nominee will have to attract more than just progressive voters. This will turn out to be a very tall order for someone like Sanders, Warren, or even Biden.

More moderate members of the Democrat Party have expressed concerns about the direction of current 2020 contenders.