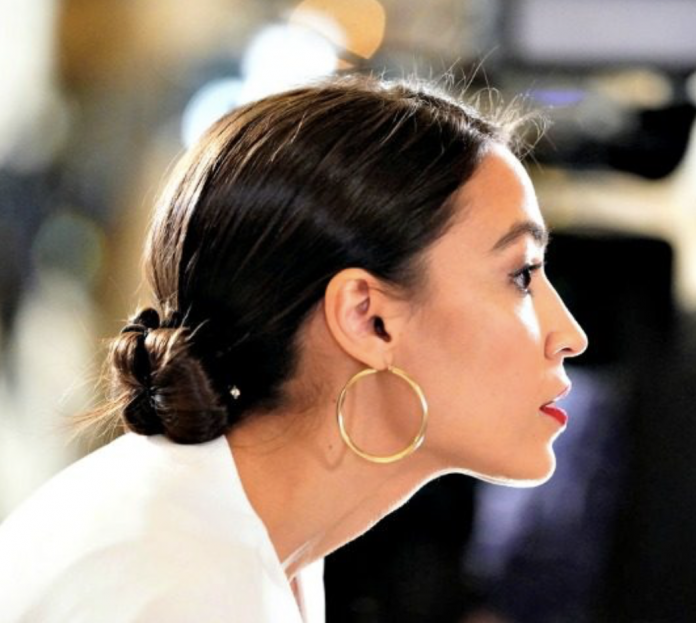 Yesterday, House Rep. Alexandria Ocasio-Cortez joined Bernie Sanders in the promotion of his new proposal. The proposal involves hitting Wall Street with new taxes via stocks and bonds in order to pay for the $1.6 trillion dollars which comprise student loan debt.

Ocasio-Cortez not only joined Sanders, but also other Congress members. When she spoke on the mic, Ocasio-Cortez stated that she has student loan debts. Furthermore, she declared that winning a congressional race presented less of a challenge than paying off her college debts.

Student loan debt is something which countless young Americans face as they graduate from college. There are many discussions about the massive debt, accumulated interest and how this will impact the futures of young people. With the 2020 election season here, Democrats have their own proposals for erasing student loan debt. Of course, these proposals involve having Americans pick up the tab for loans which they didn’t individually take out.

Ocasio-Cortez delivered some very fascinating statements. By her own admission, running for Congress is easier than paying off loans. She also maintains that her position as a congresswoman is the only thing which provided her access to services such as healthcare and the ability to pay back student loans.

“I will disclose my personal stake in this fight because I have student loans too. I think it’s so funny that a year ago, I was waiting tables at a restaurant and it was literally easier for me to become the youngest woman in American history elected to Congress than it is to pay off my student loan debt.”

She then proceeded to explain how much election to Congress bettered her life:

Passing the Bill to American Taxpayers

The devastating impacts of student loan debt are well-documented. However, many people in this country still have issues with passing the bill to American taxpayers. Critics of Sanders’ bill have noted the impact which raising taxes would have on people in this nation. Others have questioned whether or not Sanders’ proposal is fair to young people who have paid off their student loans already.