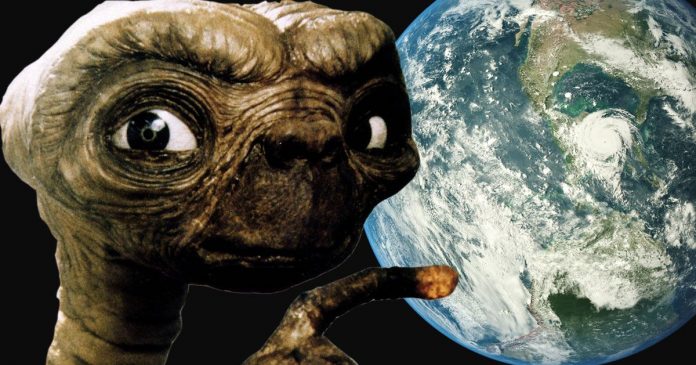 Across the centuries, humans have looked out into the heavens and wondered if there is life out there. And humans have also been hunting for little green men here on Earth. With new technology, astronomers are trying to find out if aliens are looking back at us.

Scientists claim to have identified 1,715 star systems within the range of Earth where aliens may be watching.  Over the last 5,000 years, the Earth can be clearly seen while in-transit across the face of the sun.

That means 46 star systems are in close enough proximity to intercept signals that humans put out. Researchers estimate that there are 29 potentially habitable planets in those 46 star systems. Perhaps aliens are monitoring radio, TV, and satellite broadcasts from a home planet.

“One way we find planets is if they block out part of the light from their host star,” Lisa Kaltenegger, professor of astronomy and director of the Carl Sagan Institute at Cornell University in New York speculated. “We asked, ‘Who would we be the aliens for if somebody else was looking?’ There is this tiny sliver in the sky where other star systems have a cosmic front seat to find Earth as a transiting planet.”

In recent years we have detected thousands of planets outside our solar system. About 70% have been discovered when alien worlds pass in front of their host stars. Many of them were found through the lens of the Hubble Space Telescope.

NASA’s replacement for the Hubble is even more powerful. And the James Webb Space Telescope is due to launch this Fall.

Kaltenegger and Dr. Jackie Faherty, an astrophysicist at the American Museum of Natural History, have been partnering with the European Space Agency (ESA) with the Gaia catalog of star positions, types, and motions. And they have identified 2,034 star systems within 100 parsecs or 326 light-years from Earth. Now through a process of elimination, they are trying to find who may be watching us while we are watching them.