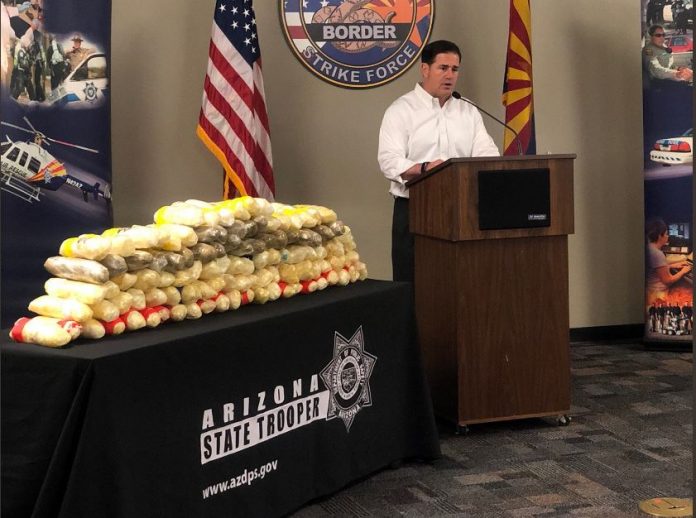 According to Ducey, a DPS Border Strike Force trooper arrested Roberto Cervantes. The trooper sequestered 52 pounds on methamphetamine from him on September 8. Cervantes is a resident of Rio Rico, Arizona.

On September 13, a third DPS Border Strike Force trooper arrested Martin G. Bogarin from Yuma, Arizona. The arrest happened in Interstate 8 in Yuma County. The trooper seized 50 pounds of methamphetamine and one pound of fentanyl from Bogarin.

Each of the suspect violated the state’s traffic law, which led to an initial traffic stop that eventually lead to searches and seizures of the illegal drugs.

The total street value of the sequestered methamphetamine is more than $10 million and the fentanyl is over $100,000. The seized fentanyl could possibly kill more than 227,000 based on its potency, according to a DPS crime lab personnel.

On the other hand, Arizona DPS Director Colonel Frank Milstead said the Border Strike Force is “dedicated to disrupting the flow of extremely dangerous and deadly drugs.”

He added, “We understand the damage these drugs can cause, not only in a family, but also the community as a whole. We stand committed in our fight to combat these drugs which are plaguing our nation and destroying families.”

In July, Ducey praised the Border Strike Force for delivering “exceptional” results since its establishment in 2015. He also announced that the law enforcement agency will receive additional $2.9 million in funding to expand its operations. 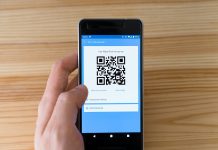 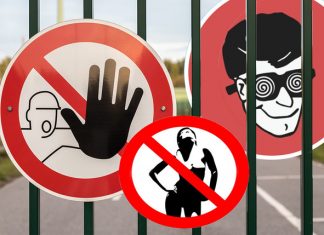 Jackie Allen - October 28, 2020
0
An undressing app similar to the 2019 DeepNude and the 2017 Deepfake hoax is now in widespread use on the messaging app Telegram and...