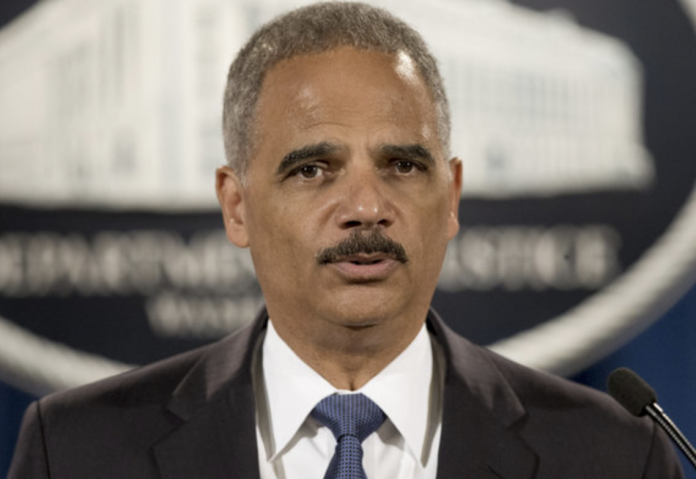 An Overview of Holder’s Remarks

During statements at the Human Rights Campaign National Dinner in Washington D.C., the former AG spoke about the MAGA slogan:

“This sort of thinking, this ‘Make America Great’ mindset is not only flawed, it’s rooted in fear. It favors an imagined past over a realistic future.”

Holder is not the first critic of the president to imply that “Make America Great Again” contains racial undertones. The former AG then proceeded to question the time period of America’s greatness:

Holder continued his condemnation of Trump by vowing to never refer to him as the president:

“I’ll never call him the president. We will not allow for the dismantling of the social compact forced by Roosevelt and other great presidents between we the people and our government. Make no mistake, we are in the struggle of our lives.”

The former AG finally declared that upcoming midterm elections are “an opportunity” to send a message to the “White House occupant.”

A Closer Look at Holder’s Criticism

Eric Holder served as the United States AG under President Barack Obama between 2009 and 2015. Recently, Holder stated that he is thinking about running for president in the 2020 election.

Like Holder, many of Trump’s detractors have questioned his presidency and vows to “make America great again.” Interpretations of the slogan seem to vary according to party affiliation and worldviews. The president and right-wingers have cited job restoration, a robust economy, and draining the swamp as ways of “making America great again.”

Nevertheless, individuals who oppose the president maintain a sharply contrasting outlook. They have frequently stated that Trump wishes to promote the disenfranchisement of women and minorities. However, right-leaning individuals often note the positive impacts which Trump era policies produce for all Americans.

Many of Trump’s critics also refer to him as a racist. Accusations of racism have existed since the inception of Trump’s entry into politics. Moreover, these are allegations which Trump and his supporters ongoingly deny. Many right-leaning Americans have furthermore stated that the left employs accusations of racism merely to discredit their political adversaries.

President Trump has not publicly responded to Eric Holder’s remarks. Additional updates will follow this report if new developments arise.