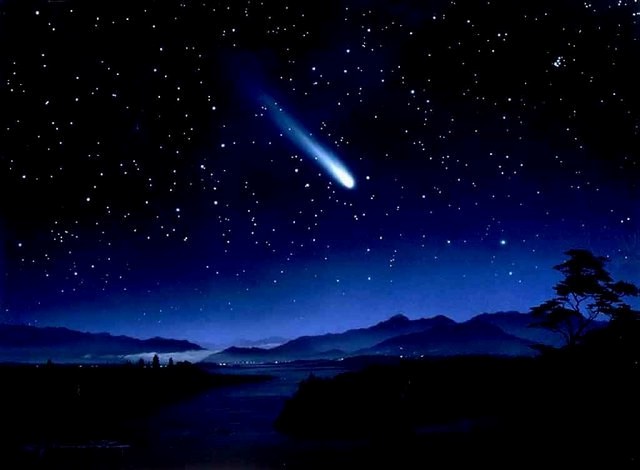 An article in Popular Science written by astrophysicist Idan Ginsburg confirms that shooting stars are real. And they aren’t comets. They are actually hypervelocity stars.

In Medieval times (1550-1660) literature portrayed shooting stars as signs from the heavens that death and calamity were on the way. But by the late 19th century, scientists had established the truth.

Most people have shooting stars confused with comets. An explosion of light followed by bright trails of dust and clouds are often comets. And the light burns bright when pieces of space rocks and dust hit Earth’s atmosphere.

Ginsburg also studies celestial mechanics. He is an expert on how stars, planets and galaxies move throughout space. And he claims that the Sloan Digital Sky Survey and telescopes at the Fred Lawrence Whipple Observatory confirmed a new hypervelocity classification of stars.

These are really stars, traveling at high speeds through the celestial universe.  And sometimes they are followed by a trail of light consisting of dust, gas, and clouds. They “move with such incredible speed that they can escape the gravity of their home galaxies,” according to Ginsburg.

How a shooting star is born

In 1988, Jack Gilbert Hills, a Los Alamos National Lab theoretician proposed an interesting theory. He said that if two binary stars, gravitationally bound to each other, orbit a common center of mass and encounter a black hole, it would split them apart.

Then one star might gain enough energy “to be slingshotted out of the galaxy entirely.” And it could travel millions of miles-an-hour.

Gilbert Hill’s theory was proven true in 2005. That’s when scientists observed the birth of a shooting star

“While observing stars in the Milky Way’s halo, a team of researchers using the MMT Observatory in Arizona came across something most unexpected. They observed a star escaping the Milky Way at nearly 2 million mph (3.2 million kph). This was HVS1, the first known hypervelocity star.” Ginsburg claims.

The hypervelocity star moves at such incredible speeds it is difficult to keep it under observation. So, Ginsburg and his advisor developed computer simulations to answer additional questions. What happens to the other star after it separates from the shooting star? And can it form a massive shooting planet when two stars collide?

Ginsburg’s prediction models predict that the star that is broken off from the shooting star is often left orbiting the black hole. And yes, a larger planet can form, but so far, no hypervelocity planets have been discovered.

Ginsburg and his students use NASA’s Transiting Exoplanet Survey Satellite to search for planets around the ultra-fast stars. And he believes that it is through studying the heavens that we will someday get answers to the mysteries of the universe.

Although you may not see a real shooting star it is still possible to “make a wish upon one.”