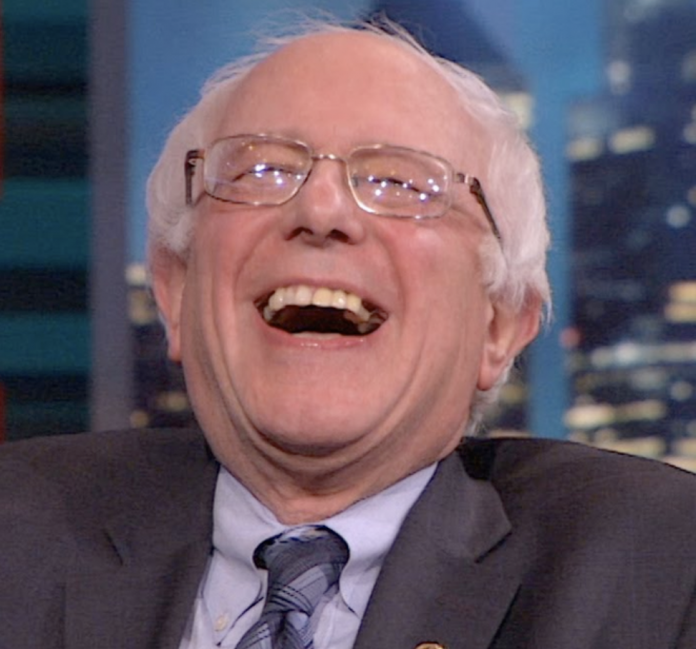 A new study from the nonpartisan, independent Committee for a Responsible Federal Budget has determined that Bernie Sanders’ proposed policies will cost American taxpayers at least $20,000 each!

Everything You Need to Know about the Costs of Sanders’ Policies

The new, aforementioned developments came to light when Maya MacGuineas, the president of the Committee for a Responsible Federal Budget, appeared on Fox & Friends for an interview this morning. Throughout her time on the air, MacGuineas issued a series of warnings about the “free” stuff which Sanders is promising to deliver to the American people.

An excerpt from her interview reads as follows:

“If you look at healthcare, free tuition, family leave, child care – those proposals will all have a price tag of over $20,000 per taxpayer. I don’t know whether they plan to finance all of that or add that to the very large national debt, but the costs are certainly high. I know trillion is kind of hard to get your arms around. But when you bring it down per taxpayer, we are talking more than $20,000 increase in taxes.”

However, this is only the tip of the iceberg. MacGuineas also informed Americans that the policies which Sanders is promising are only 45% paid for. Moreover, Sanders’ proposals will likely further worsen America’s national debt crisis.

“None of the things he has been talking about are free, it does worry me when we put these in the context of free healthcare, free college tuition. It’s really important that we put them in the broader budget context of how much would this cost and do we think it’s worth it? … Then we are talking about adding a lot of new spending on top of it. Medicare-for-all would be one of the biggest new programs that people have ever introduced into the political debate.”

Bernie Sanders regularly faces ongoing censure from conservatives. Many on the right-wing note that there are no free lunches in life. During Sanders’ town hall last night, he admitted that Medicare-for-All is not truly “free”; Americans’ taxes will increase if the policy goes into effect.

Conservatives overwhelmingly favor policies which lower American taxes. Therefore, this places them at odd with self-professed Democratic-socialists, such as Bernie Sanders. As a whole, the right-wing tends to oppose raising everyone’s taxes in order to fund “free” government-run programs.