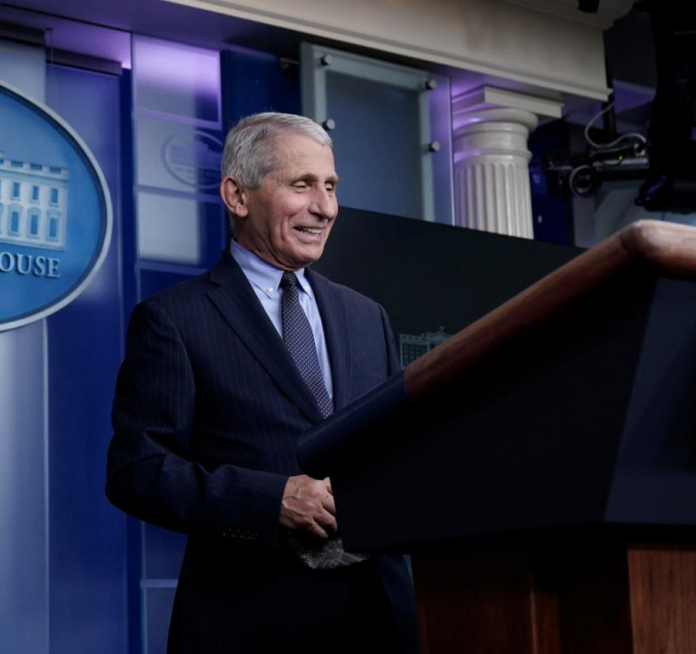 A series of emails from Dr. Anthony Fauci have come out, thanks to a special request from the Freedom of Information Act. These emails detail communications from Fauci in early 2020 pertaining to COVID-19.

In these emails, Fauci is seen looking to ascertain whether or not America played a role in capitalizing coronavirus research. This specific email occurred back in February 2020, well after Fauci publicly declared that the United States played no role in bankrolling China’s research.

Then, in another set of emails, Fauci admits that face coverings are ineffective. He even says that the masks purchased in stores do little to nothing to stop COVID-19 since the virus droplets are smaller than the holes within the average store-bought masks.

Needless to say, none of this looks good. As of today, multiple news sources are claiming that the White House is seeking to essentially cut ties with Fauci.

The beginning of the end for Fauci

Joe Biden has been one of Fauci’s biggest cheerleaders, even dating back to the Trump presidency. After Biden ascended to the White House, he upheld his previous promise to keep Fauci on as the head White House adviser regarding COVID-19.

In light of the aforementioned emails, it appears that the Biden administration is now regretting this decision. According to an anonymous White House aide, the White House is working to come up with an “exit strategy” for Fauci. Staffers, in light of the massive email leak, apparently believe that it is no longer in their best interest to keep Fauci on board.

As of late Wednesday afternoon, the White House has not publicly commented on this matter. However, the reports of Fauci’s impending removal come from some very credible sources. The next several days and weeks shall ultimately determine how this all plays out.

Loss of trust in Fauci

The release of Fauci’s emails furthermore confirms suspicions that many Americans already had regarding this particular official.

Since 2020, nationwide confidence in Fauci has declined by a little over 42%. Americans are ready to get back to normal. Likewise, Fauci has repeatedly been called out on contradictions he’s made, namely by GOP Sen. Rand Paul.

Sen. Paul, earlier today, cited the email leak as further evidence that he’s been right about Fauci all along.