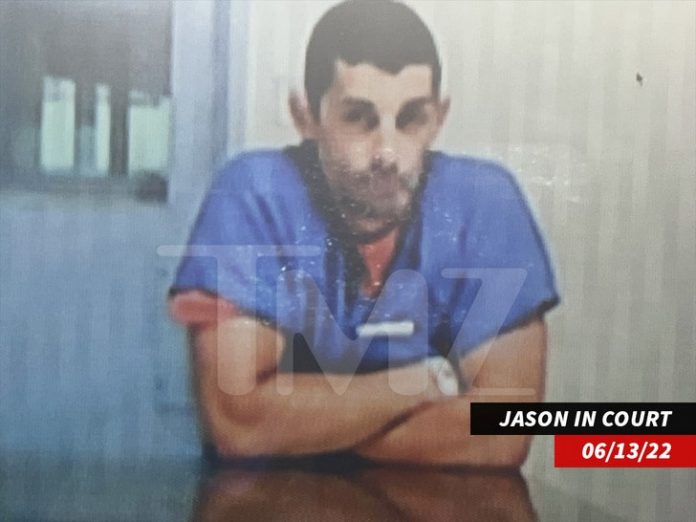 The jail time was the result of Alexander crashing Britney’s June wedding. And breaking into her home in Ventura. Armed with a knife, he live-streamed the event while demanding to see the superstar.

In 2004, Alexander was married to Britney for less than 3 days. The Las Vegas wedding was annulled. And it has been almost 20 years since Britney Spears’ ex heard from the singer.

After a scuffle, the wedding crasher was detained by Britney’s security team and arrested by the police.

Jason Alexander was booked-into jail on the wedding stalking charges, a 2016 warrant popped up.

Britney Spears’ ex was held on other charges

The Napa County Sheriff booked Alexander on an outstanding arrest warrant. The 2016 charges are due to a theft of jewelry that resulted in two felonies.

He is charged with grand theft for stealing a $2,000 diamond and sapphire tennis bracelet. And buying/receiving stolen property for pawning the jewelry.

Napa County authorities allege Alexander stole the bracelet when he was a houseguest of an unnamed woman in 2015.

In the meantime, Britney Spears has a 3-year protective order against Alexander. And the day after he crashed her wedding, the singer fired her security detail. None of the security crew noticed the trespasser who was able to wander around Britney’s home for 20 minutes. And she quickly brought in a new team.