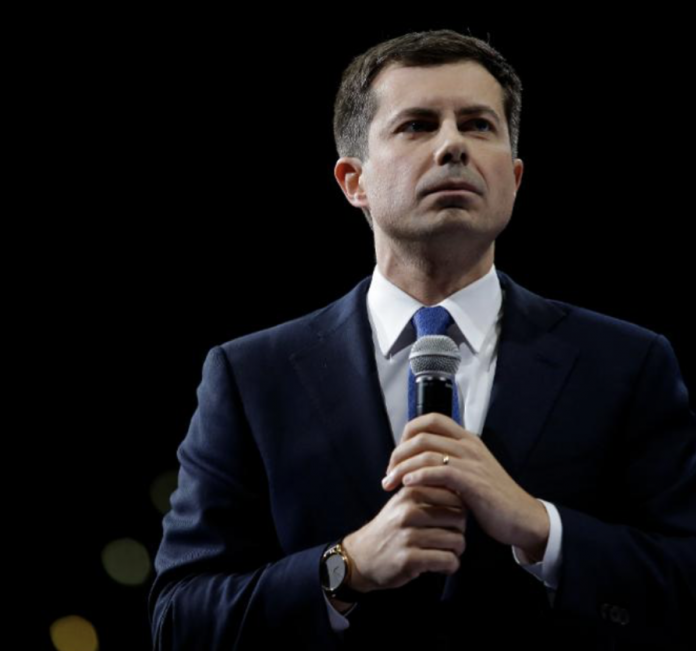 As the 2020 presidential election continues to play out, Democrats are taking aim at President Trump in various fashions.

Certain candidates, such as Kamala Harris and others, are doing so because they believe a response from Trump will boost their struggling campaigns. Others, like Elizabeth Warren, Joe Biden, and Bernie Sanders, have a history of making critical statements about the president; continuing this pattern is merely par for the course.

One of the latest 2020 Democrats to go after President Trump is South Bend Mayor Pete Buttigieg. Buttigieg’s most recent criticism of the commander-in-chief took place during yesterday’s interview with ABC’s ‘This Week.’

Why Does Buttigieg Claim President Trump is a “Failure?”

During Buttigieg’s time on ABC, he viewed a segment from a Trump 2020 re-election campaign ad. The ad ran during last week’s World Series and furthermore places a spotlight on President Trump’s achievements since his time in office.

When asked about his thoughts on the ad, the South Bend mayor censured Trump, both personally and politically. In essence, Buttigieg made the case that the president’s re-election ad attempts to paint an image which isn’t accurate. Shortly thereafter, the 2020 Democrat asserted that Trump’s presidency, as a whole, has resulted in failure.

Buttigieg’s direct statements on the matter read as follows:

“It’s trying to put a tough guy coating on a very weak individual, somebody who was manipulated by Turkey into giving ISIS a new lease on life, somebody who can’t seem to make a decision and stick to it.”

Not long afterwards, Buttigieg also declared that he’s ready to go “toe-to-toe with this president.” The 2020 Democrat then dismissed the betterment of the economy and the crackdown on ISIS as inaccurate.

“This president has been a failure, even on its own terms, even by the promises that he made. I am ready to have that fight.”

Left-Wing Censure of the Trump Presidency

President Trump and the work he’s done as commander-in-chief are frequent targets of censure from leftists. The reality is that since Trump’s time in office, unemployment numbers in America have reached historic lows. Furthermore, Americans are seeing more money in their paychecks and ISIS continues to get weaker with each passing second.

Thus far, the president has not directly responded to the claims or statements from Pete Buttigieg.