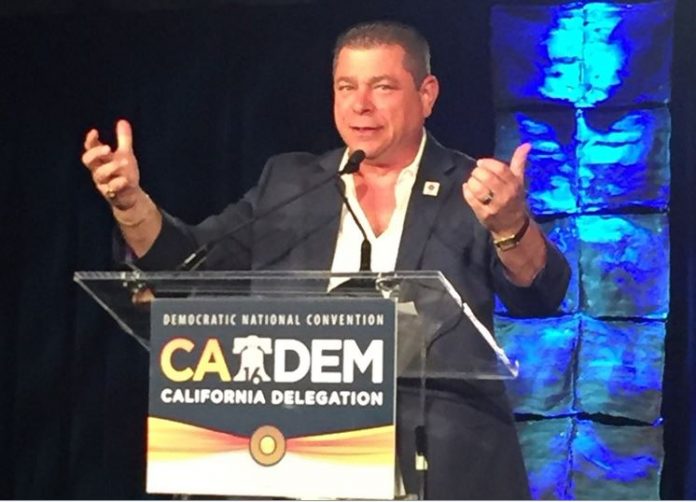 The California Democratic Party  is investigating the allegations of sexual misconduct against its Chairman Eric Bauman.

The probe comes after its Vice Chairman Daraka Larimore-Hall demanded that the party leadership should remove Bauman from his position.

In an e-mail to teh California Democratic Party Executive Board, Larimore-Hall said the accusations by staff members against Bauman were “credible, corroborated, and utterly heart-breaking.”

Larimore-Hall spoke with two victims and a witness. He learned that Bauman allegedly “sexually harassed and in some cases sexually assaulted individuals during Party functions.”

“I believe the victims. Their stories illustrate a clear and escalating pattern of Chairman Bauman’s horrific and dehumanizing behavior…Obviously, it is completely unacceptable for Chairman Bauman to remain in office,” said Larimore-Hall.

On the other hand, Bauman confirmed the probe against him in a statement to Sacramento Bee.

According to him, “I take seriously any allegation brought forward by anyone who believes they have been caused pain. To that end, a prompt, thorough and independent investigation of the allegations has been undertaken by a respected outside investigator, ensuring these individuals making the charges are treated with respect and free from any concerns of retaliation.”

In addition, Bauman said, “I look forward to putting these allegations behind us and moving forward as unified Democrats.”

Newsom called for a “full and thorough investigation”

Meanwhile, California Governor-elect Gavin Newson described the allegations against Bauman “very troubling.” He called for a “full and thorough investigation” on the matter.

“Sexual harassment has no place in the California Democratic Party, and people who are victims deserve to have their voices heard, free from intimidation and judgement,” said Newsom.