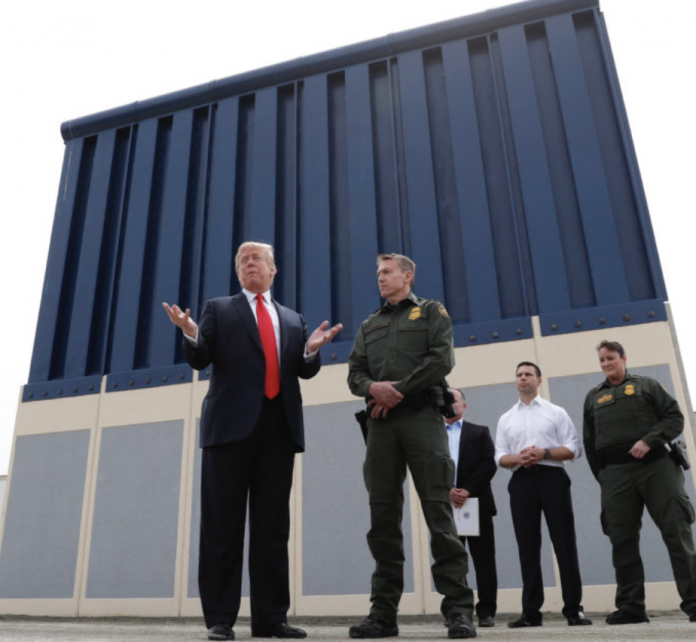 A Closer Look at Hastings’ Remarks

During Hastings’ time on Hill.TV, he delivered the following statements:

“It’s important to note that we have 2,000 arrests per day besides the caravan. That’s everyday business right now for us. We’re very busy. This caravan just adds another component or another challenge to what we do daily.”

The U.S. Border Patrol chief of law enforcement operations also noted that “infrastructure” would serve as an asset to protect America from migrant caravans who have attempted to storm the border.

“In that particular area, we have old landing mat fence. That was from the ’90s era and was quickly torn apart if you will by several of the subjects there, who were also throwing rocks and projectiles at our agents.”

Finally, Hastings affirmed that border patrol agents would “without a doubt” benefit from a wall.

The increasing amounts of discord at the U.S. Southern border have fueled talks regarding the president’s calls for a border wall. On Sunday, migrants from Central America attempted to storm the border, prompting patrol agents to launch rubber bullets and tear gas in their direction. There are even reports of a migrant mother receiving severe injuries after attempting to scale barriers.

President Trump has ongoingly reiterated that members of the caravans will not be granted entry into the United States. Furthermore, the commander-in-chief maintains that migrants ought to “turn around.” Trump has even called upon Mexico to return the caravans back to their homelands. Nevertheless, their attempts to enter into America continue to persist.

The crises at the border have prompted many Trump supporters to cite the need for the creation of the border wall. At this time, the president is working to attain the necessary funding from Congress. Other Americans, however, claim that building a wall is undesirable; left-leaning people overwhelmingly maintain that migrants ought to receive asylum in the United States.

Additional reports of events at the U.S. Southern border will follow as new developments arise.