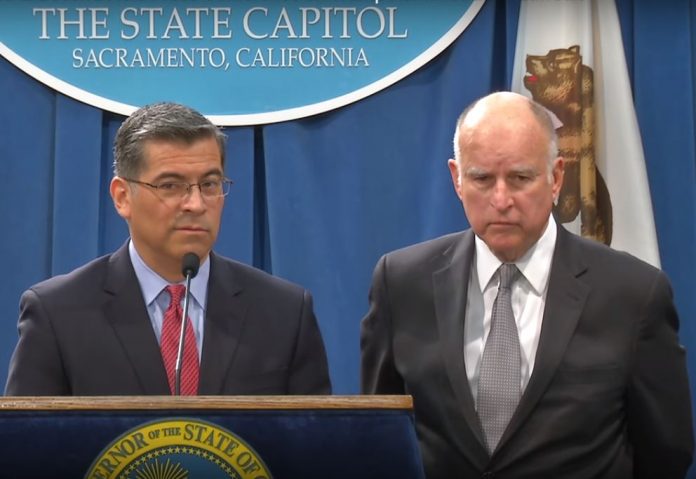 California is leading a coalition of 17 states and the District of Columbia in suing the U.S. Environmental Protection Agency (EPA) over its plan to repeal Obama-era clean car standards.

The lawsuit comes after EPA Administrator Scott Pruitt announced the agency’s determination that the current greenhouse gas (GHG) emission standards for car and light trucks are not appropriate and should be revised. Pruitt also stated that the agency will set a national standard that allows auto manufacturers make cars that people want and can afford.

Currently, EPA is in the process of revising the GHG emission standards for cars and light trucks. It is working with the National Highway Traffic Safety Administration (NHTSA) to develop a joint proposed rule.

Sources recently told Bloomberg that EPA is proposing a freeze on fuel-efficiency standards at 2020 levels. The plan could reduce the Obama-era mandated target level to reduce greenhouse gases that are causing climate change. It is also considering eliminating California’s authority to impose stricter standards for vehicle emissions.

According to Becerra, “The evidence is irrefutable: today’s clean car standards are achievable, science-based and a boon for hardworking American families. But the EPA and Administrator Scott Pruitt refuse to do their job and enforce these standards.”

He added, “Enough is enough. We’re not looking to pick a fight with the Trump Administration. But when the stakes are this high for our families’ health and our economic prosperity, we have a responsibility to do what is necessary to defend them.”

On the other hand, Gov. Brown said the “states joining the lawsuit represent 140 million people who simply want cleaner and more efficient cars.” He emphasized that they will “defend the national clean car standards to boost gas mileage and curb toxic air pollution.”

In their lawsuit, the coalition of states argued that the EPA acted arbitrarily and capriciously. It failed to follow its own Clean Car regulations, and violated the Clean Air Act.

The states are fighting to protect the current GHG standards for model year 2022-2025 vehicles. The clean car standards are estimated to reduce carbon pollution by 1.8 billion metric tons a year. It will also help consumers save $1,650 per vehicle. At present, the car industry is on track to meet or exceed these standards.