California ordered the National Rifle Association to stop selling its insurance policy that covers legal damages from injuries or property damage from legally using a gun.

On Tuesday, the California Department of Insurance (CDI) issued a cease and desist order to the NRA. The agency stated that the organization is marketing its insurance policy without a license in the state.

In its order, the CDI noted that the NRA sent two emails to its mailing list of subscribers in the state. The email on June 1, 2017 featured NRA national spokesperson Dana Loesch encouraging members to sign up for Carry Guard. It stated that the product provides comprehensive protection and also that it is “affordable for everyone.” Then it enumerated the available benefits and coverage under the insurance policy.

The NRA’s email to its California subscribers on October 16, 2017 featured its CEO Wayne La Pierre asking them to join Carry Guard and “close the critical gap” in their insurance coverage. The email also listed the benefits under the insurance policy.

According to CDI, the NRA violated the California Insurance Code § 1631 because its emails represented solicitations of an unlicensed insurance product in the state.

The California Insurance Code § 1631 prohibits a person from soliciting, negotiating or effecting contracts of insurance unless he/she holds a valid license from the insurance commissioner.

In a statement, Insurance Commissioner Dave Jones said the NRA failed to comply with state law. As a result, the CDI took action against the organization to ”end this illegal conduct in California.”

California’s action comes after New York State Department of Financial Services found Carry Guard to be illegal. The organization sold insurance coverage to New Yorkers without a license from the state.

Last month, New York Gov. Andrew Cuomo emphasized that the NRA was violating the laws of New York and many other states. He therefore encouraged his fellow governors to stop the sale of NRA’s Carry Guard insurance policy. 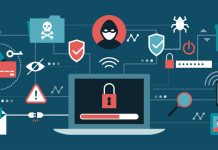