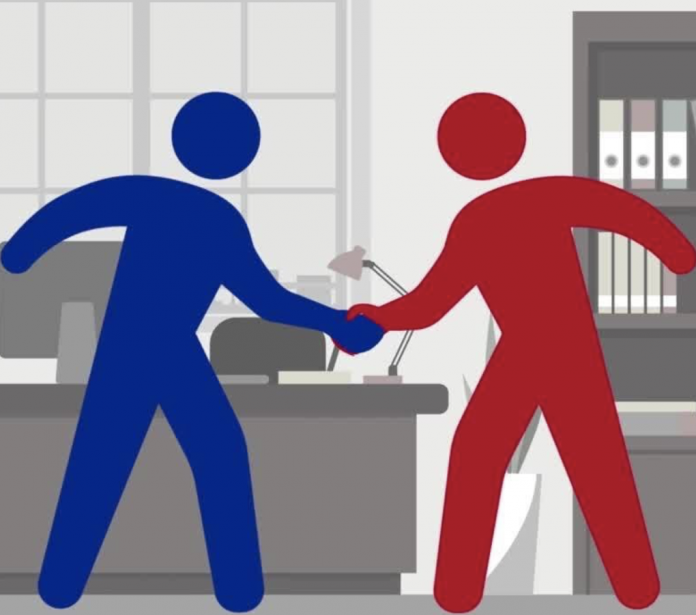 As the political climate continues to get uglier, more and more Americans are beginning to call upon government leaders to engage in healthy bipartisanship. One of the latest appeals for bipartisanship comes from House Democrat Rep. Josh Gottheimer.

The Case for Bipartisanship

The differences between Republicans and Democrats are no secret; each party has their own views on which policies and reforms are most beneficial to Americans. It also goes without saying that left-wing and right-wing views are ongoingly in conflict with one another. However, that conflict has reached new heights over the past few months.

In December, the United States government shut down after President Trump and Democratic leaders failed to reach a resolution on legislation to fund the government. The president maintained that border wall money is critical for immigration reform. Democrats, by contrast, have repeatedly denounced Trump’s promised border wall as immoral, ineffective, and wasteful.

At this time, the United States government is open. How long that remains the case is unknown. Lawmakers have until the 15th of this month to put forth bills to keep government open. As before, President Trump maintains that legislation which fails to provide border wall funding is unacceptable. House Speaker Pelosi maintains that none of the prospective bills will provide wall money.

Due to the intense odds between both parties, many Americans believe that another government shutdown is right around the corner. The president has also discussed declaring a national emergency in order to build the wall.

Earlier this week, Democratic Rep. Josh Gottheimer stated that America is critically in need of bipartisanship more than ever before. Gottheimer shared his views during an interview with Hill.TV.

His statements subsequently read as follows:

“I think now more than ever, especially in an era of divided government, we have to work together. I think you have to engage and talk. If you just look at the last couple of weeks of the shutdown, I felt very strongly as did my party that you actually have to open the government back up before you had any conversations; but I also believe you have to be having those conversations about making sure that we have tough borders and that we fix immigration.”

Gottheimer’s remarks come as many members in his party continue to affirm their refusal to work with President Trump on the border wall. This is in spite of the fact that the president has offered to make certain concessions on DACA and TPS protections in exchange for the border wall funds.