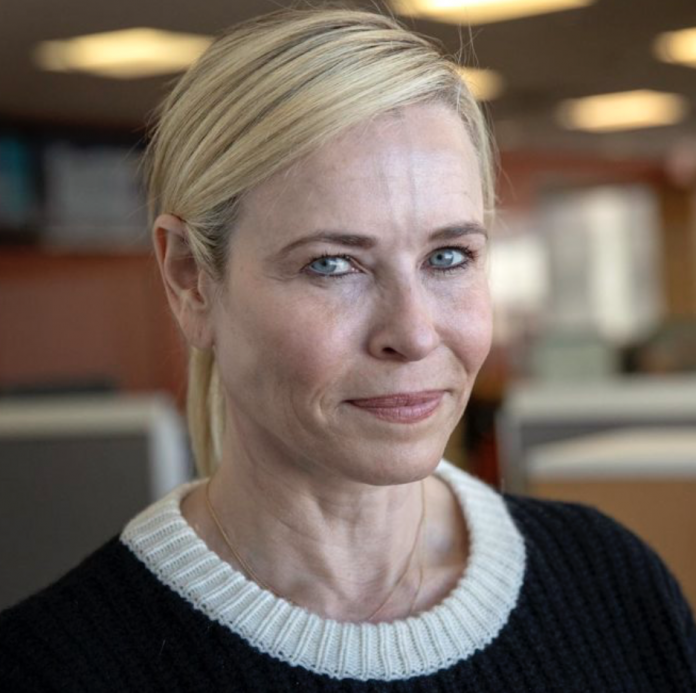 On Tuesday, a school shooting occurred at Denver, Colorado’s STEM School Highland Ranch.  The aforementioned shooting resulted in one death and multiple injuries. According to the Douglas County Sheriff, the suspects believed to be responsible are one adult male and another juvenile male.

However, not everyone believes the two males are the true culprits. As a matter of fact, talk show host Chelsea Handler took to Twitter and subsequently shared her thoughts on who she believes bears responsibility.

Handler on the Colorado Shooting

According to Handler, Republicans and the National Rifle Association (NRA) are to blame.

How many children have to get killed for Republicans to do something about gun control? Thousands. Millions. Thank you for teaching our children that money from the NRA is more important than their lives.

WE MUST TAKE ACTION.

IT IS NOT NORMAL THAT WE ARE CHOOSING TO DO NOTHING.

Public Shootings and Blaming the NRA

Whenever a public shooting occurs, the matter is usually politicized in no time. As such, the NRA regularly faces blame from progressives who view gun control as the appropriate measure. In the eyes of the collective left-wing, failure to tighten gun control laws is enabling the occurrence of mass shootings.

However, Republicans, the NRA, and other members of the right-wing routinely push back against this criticism. Conservatives note the reality that criminals don’t follow gun control laws. Moreover, many on the right-wing take issue with penalizing law-abiding gun owners for the acts of criminals.

In relation to the shooting at STEM School Highland Ranch, there is an interesting factor at play. To date, Colorado has notable gun control restrictions. These restrictions largely followed after the 2012 Sandy Hook attack and furthermore include background check mandates and the prohibition of high-capacity magazines.

Despite the aforementioned restrictions, the tragedy at STEM School Highland Ranch still occurred. Many conservative circles regard gun-free zones as ideal hunting grounds for psychopaths determined to cause harm.

It is with extreme sadness that we can confirm that 1 student at the STEM School was killed in today’s #stemshooting incident. The immediate family has been notified. Douglas County Coroner Jill Romann has not officially identified the student is stating it’s an 18 year old male.

Finally, updates on the legal actions against the individuals responsible for the shooting are currently underway.