Home America Chelsea Handler Urges White Americans To Think About “What It Must Be...
SHARE 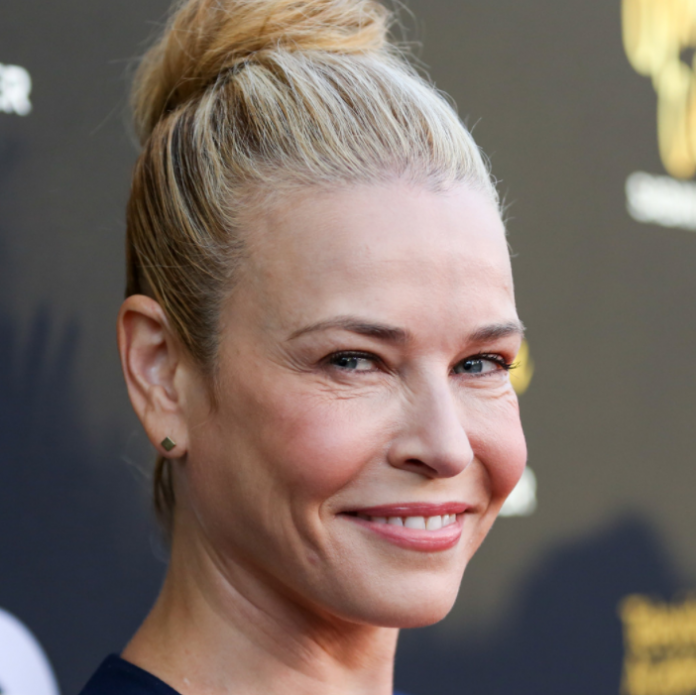 Liberal talk show host Chelsea Handler took to Twitter on Martin Luther King Day to opine her thoughts on what she believes white Americans should do.

Yesterday morning, Handler posted the hereinafter tweet urging white Americans to honor Dr. King and moreover ponder “what it must be like to not be white”:

Happy Martin Luther King day to a true hero. This day means more today than it ever has. We all must honor the spirit of his fairness and equality and tireless search for justice. It is up to white people to honor Dr King, and to think about what it must be like to not be white.

Both of these posts attracted criticism, however Handler’s first tweet raised many eyebrows. Many of her critics noted what they viewed as the irony of Handler tweeting about equality and then calling exclusively upon white people to honor Dr. King. Shouldn’t people of all races, backgrounds, and ethnicities honor Dr. King and what he stood for, questioned many people who observed Handler’s tweet. Judging people based on the content of their character and not their skin color was one of Dr. King’s core teachings.

Moreover, the assertion that white Americans ought to “think about what it must be like to not be white” also attracted backlash. Many liberals like Handler have come under fire for their remarks regarding people of color and the notion that “not being white” in America equates to victimhood or oppression.

Twitter users responded to Handler, nothing the aforementioned points:

“I have a dream one day that people will not be judged by he color if their skin, but by the content of their character.” When you talk about whiteness, clearly you have failed to see this dream through, Chelsea.

What it must be like not to be white??? So, you’re argument is whites are superior? LOL. That’s the most passively aggressively racist thing I’ve heard since 1985.

The Soft Bigotry of Low Expectations

“The Soft Bigotry of Low Expectations” is a term coined by former President George W. Bush during his speech at the NAACP’s 91st annual convention. During Bush’s remarks, he also noted the importance of not segregating people via low expectations. This phrase stuck with many people and therefore remains alive and well.

Liberals have moreover faced criticism from conservatives for what the latter sees as Democrats’ low expectations for minorities and non-white Americans. Many people who viewed Handler’s tweet felt as though it displayed a very condescending attitude.

Furthermore, many right leaning Americans feel as though low expectations are often expressed via leftist talking points of “white privilege” and indirect implications that not being white in America is synonymous to being oppressed, disenfranchised, or otherwise underprivileged.

Finally, critics slammed Handler via Twitter, stating that her posts were the polar opposite of everything that Martin Luther King Jr stood for:

Or not pay attention to the color of one’s skin. Like he actually preached🙄

Seems to me you need a lot of help. You don't seem to grasp the basics of his message any more than white supremacists. Dr. Kings message was clear not to judge someone based upon the color of ones skin, but on the character of the man or woman.

Are you drunk again? You missed the whole point of MLK.

good grief woman, lay off the vodka for a day. Have you even read Dr King's philosophy about men not be judged by the color of their skin?

How could you get this so terribly wrong? CONTENT OF THEIR CHARACTER…. What is wrong with you? Are you manipulating people on purpose or are you really just blindly walking along?

"Think about what it must be like to not be white." WOW. LOL! You liberals really have deluded yourself into thinking that every American who isn't white is a poor, oppressed victim. This is why I could never get on board with the Democrats. #BigotryOfLowExpectations https://t.co/ncvYuCvUWN

Handler has not yet responded to the backlash engendered by her tweets.