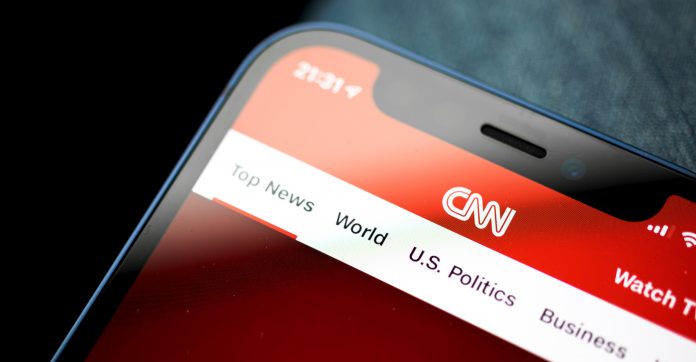 Earlier in the year, Andrew Cuomo resigned as the New York governor. In doing so, he passed the baton onto current New York Democrat Governor Kathy Hochul.

Cuomo’s resignation followed after multiple women accused him of sexual impropriety and harassment. Of course, the New York governor denied these allegations; yet, findings from the New York attorney general’s office painted a very different picture.

As all this was happening, reports came out of CNN news host Chris Cuomo (the younger brother of the former governor) giving the elder Cuomo advice. However, just yesterday, news broke that Chris Cuomo did more than just give his elder brother counsel.

In addition to that, Cuomo used the contacts he had from working in the media to investigate the women who brought sexual impropriety charges against his brother. This is also something Cuomo chose to keep hidden. As a result, CNN fired Cuomo earlier today.

In a public statement released by the company’s spokesperson, they laid the facts out. CNN stated while they were previously aware of Chris Cuomo providing advice to his older brother, they thought this was the extent of the CNN host’s involvement.

Dear @ChrisCuomo,
Your brother is a criminal. And he was about to be impeached. That’s why he resigned. I think you should be next. https://t.co/6I6m3iFkHM

CNN then declared information from the office of the New York attorney general provided “new light” into the extent of Cuomo’s involvement. The network next stated, for this reason, Cuomo is out. CNN furthermore confirmed that additional “evaluation” of the situation shall occur.

Will Cuomo make a comeback?

At this point in time, it is safe to assume Chris Cuomo will not make a return to CNN. Americans should count on a replacement coming soon.

The information released by the New York attorney general’s office shows him texting with Melissa DeRosa, a leading aide who worked for Andrew Cuomo.

Chris Cuomo previously told viewers that he wasn’t an adviser to his older brother, he was there to “listen and offer my take.”

But new texts show he was advising and running interference for the former governor.

“We are making mistakes we can’t afford.” pic.twitter.com/LyVpuVb0x0

In these messages, Chris Cuomo lets DeRosa know he has a “lead” on one of his brother’s accusers he referred to as “the wedding girl.”

DeRosa likewise asks Cuomo to use his media sources to investigate various matters surrounding accusations against the then-New York governor. Cuomo then agrees to do so.

There’s no viable way CNN could explain this away to bring Cuomo back. This is especially the case since they’ve cited these correspondences as the reason for Cuomo’s termination.