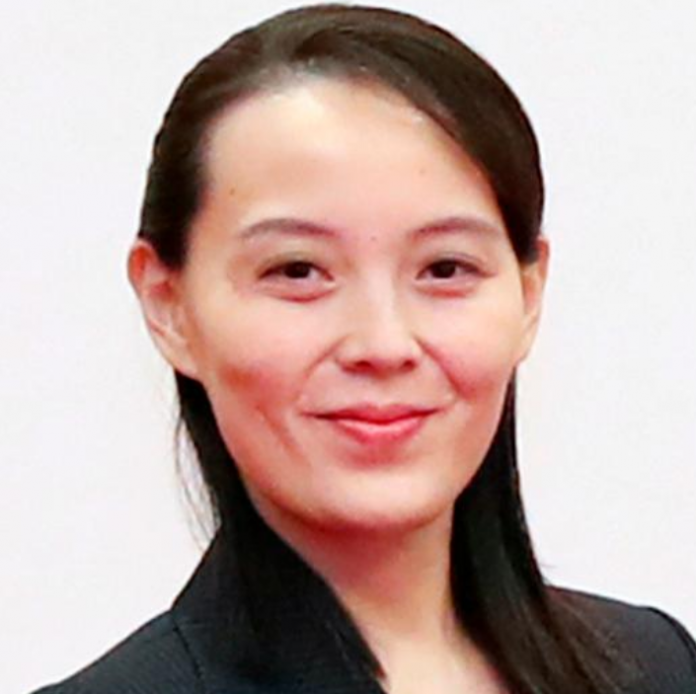 CNN is no stranger to criticism from displeased Americans. However, the network’s decision to laud Kim Yo Jong, the sister of North Korean dictator, Kim Jong Un engendered the most recent condemnations. As documented by The Hill, critics felt as though CNN willfully turned a blind eye to the plethora of human rights violations committed by the Kim family.

CNN’s Praise of Kim Yo Jong

On Saturday, CNN published a piece in which they opined that Kim Yo Jong “stole the show” at the Winter Olympics.

“If “diplomatic dance” were an event at the Winter Olympics, Kim Jong Un’s younger sister would be favored to win gold,” read the opening line of the network’s article. They then proceeded to laud Kim Yo Jong’s “smile,” “handshake,” and “warm message.”

The controversial article can be read in full by clicking here.

Backlash Regarding CNN’s Praise of Kim Yo Jong

CNN’s track record as staunch critics of the Trump administration greatly contributed to the many raised eyebrows which followed after the network’s praise of Kim Yo Jong. As previously stated, many Americans took issue with the multiple human rights violations committed by the Kim family. For instance, North Korea imprisoned, tortured, and murdered U.S. college student Otto Warmbier following accusations that he purloined a poster.

Influential government and media figures pointed this out via Twitter:

Speaking of stealing, Otto Warmbier was tortured & killed at the hands of the Kim regime after being accused of stealing a poster. Let’s not whitewash North Korea’s record https://t.co/ST8QwhImMD

If I were working for CNN I would honestly resign before writing this piece. Beyond a certain point, no job is worth sacrificing your dignity or whitewashing true evil like this. https://t.co/k2qNfoV2zD

Additional CNN critics furthermore affirmed that Kim Yo Jong’s Winter Olympics attendance does not absolve or erase the tyrannical nature of the North Korean government:

Why are people in the replies treating Kim’s sister like she’s some icon throwing shade and not the member of a family that has terrorized its people for 60 years. FFS people you can disagree with the VP…even hate him….without praising the Kims or agreeing with them. https://t.co/xTKizY9xP2

I may not agree with anything VP Pence stands for, but Kim’s sister is a part of a family that has brutally oppressed it’s people for decades.

More on CNN’s Praise of Kim Yo Jong

The aforesaid piece alarmed many Americans on both sides of the aisle. To some people, the glorification of North Korea has seemingly followed after President Trump’s public conflicts with Kim Jong Un.

One Twitter user, Ian McKelvey, posted a series of tweets in which he highlighted the gruesome treatment of North Korean prisoners. McKelvey moreover notes that pregnant women and children are not at all given a reprieve from the government’s abuse:

Since the American leftist media is fawning all over the North Koreans, I thought I’d post some illustrations made by former prisoners who were held in North Korean prison camps. pic.twitter.com/mFttEpNo7M

Unimaginable barbarism happens in the North Korean gulags. Oftentimes, the prisoners are tortured to death.

The bodies are piled up, and rats feed on the carcasses. pic.twitter.com/wO4JOccJsD

Pregnant women are shown no mercy. They are sometimes tied up, with babies being cut from the mother’s body. pic.twitter.com/cZm9r2j2zL

Children are tortured as well. Certainly starved to death, but sometimes bayoneted. It is not uncommon for children to have to dig their own graves. pic.twitter.com/Bioskvtxmo

Hours long interrogations and torture are seemingly enjoyed by the guards. pic.twitter.com/B7Dhqvesbu

Life in these gulags is my idea of what hell might be like. Systematic torture, starvation, and death. pic.twitter.com/D3B5UCQCGi

Those in the American media who are doting on the sister of Kim Jong Un, and those talking about what a “surprisingly refreshing” country North Korea is, should be ASHAMED of themselves. It’s completely inexcusable. pic.twitter.com/U4rp7iZaDX

Thus far, CNN has yet to issue a public apology. This is also not the network’s first time facing widespread criticism. CNN has infamously found themselves in several feuds with President Trump. The network’s praise of Kim Yo Jong has only furthermore served as fuel for the dubbed “Communist News Network” term used by many conservatives who dislike CNN.