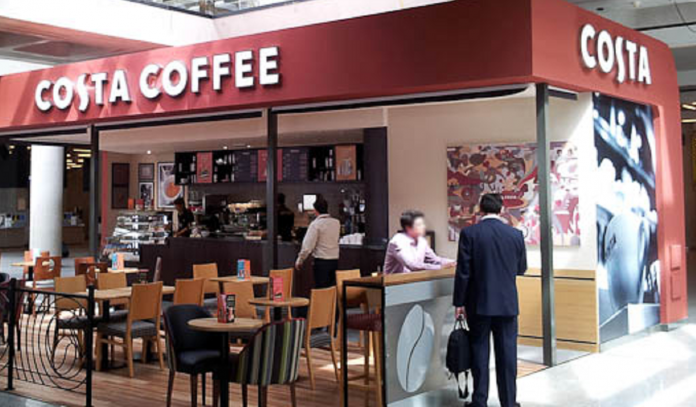 Coca-Cola announced Friday that it is continuing to diversify with the purchase of Costa for $5.1 billion.

The coffee company is currently owned by Whitbread. It bought the company in 1995 for over $24.6 million when Costa had only 39 locations. Whitbread expanded the chain tremendously. Recently, however, it has wanted to sell it in order to raise capital for expanding its hotel chain, Premier Inn.

Whitbread says it will use the funds from Coca-Cola to pay shareholders and deepen the company’s pension fund. Then, it will open more Premier Inns in Germany and Britain.

Investors reacted positively to the news, raising the price of Whitbread shares by 14 percent. Coca-Cola share prices, however, didn’t reflect much change.

Coke says it is responding to consumer trends. Fewer people are drinking soda. In recent years, Coke has bought companies that produce milk drinks and sparkling water. They are also currently buying a large stake in BodyArmor, a maker of sports drinks. The company already owns Powerade.

As for coffee, Coke owns Gold Peak and Georgia. Neither of those brands, however, offer hot, ready-to-drink coffee.

According to Coca-Cola President and CEO James Quincey, “Hot beverages is one of the few remaining segments of the total beverage landscape where Coca-Cola does not have a global brand.”

Quincey also notes that the coffee market is growing 6 percent per year.

Quincey did not say how the company would expand Costa, only saying that it would look to bring the brand “to more people in more places.” He also hinted that the company would capitalize on Costa’s hot drink convenience store model. Besides operating dedicated coffee shops, Costa also supplies machines in grocery stores and gas stations for buyers to grab a cup of coffee.

Costa also does not have a physical presence anywhere in North or South America.