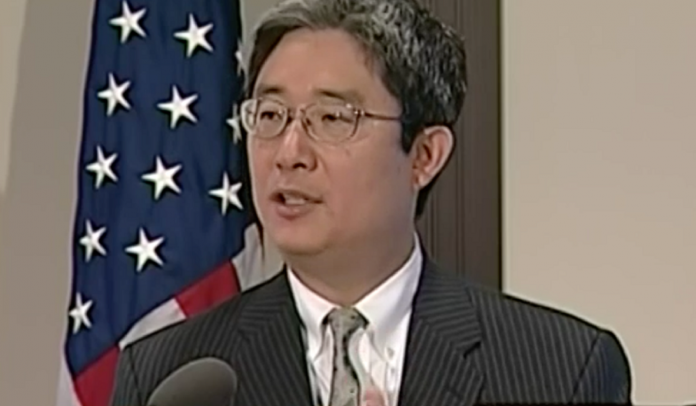 Bruce Ohr, a lawyer for the Justice Department, revealed that two years ago, Christopher Steele, a former British spy, told him that Russian intelligence operatives believed they had Donald Trump caught “over a barrel.”

Who Are the Players?

At that time, Ohr was working for the deputy attorney general’s office. He had met Steele a decade before, and the two had maintained contact based on an interest in international organized crime.

Steele has served as an FBI informant. In 2016, the Democratic Party hired him to investigate possible ties between Trump and Russia. He concluded that the president was possibly compromised.

Carter Page was one of Trump’s campaign aides, whom the FBI investigated based on Ohr and Steele’s recommendation.

Ohr gave a private interview to lawmakers this week concerning the conversation the two men had. Those who spoke about the interview kept themselves anonymous, but claim that they heard Ohr’s testimony.

It was not clear from Ohr’s testimony whether a Russian intelligence officer told Steele that they had Trump “over a barrel” or whether Steele concluded it himself. Ohr did claim that Page met with Russian officials higher up the chain of command than lawmakers previously knew. This, however, again came from Steele.

Ohr also admitted that when he reported his findings to his superiors, he did not tell them that Steele was his source. When his superiors found out, they took him off the case.

Some Republican lawmakers criticize the FBI for relying too much on Steele’s information. They also criticize Ohr for speaking to Steele after the FBI ended its relationship with the Brit. It was only after Ohr reported Steele’s findings that the FBI placed a wiretap on Page.

Trump has said that he wants to see Ohr stripped of his security clearance. He asked “how the hell” Ohr is still working for the DOJ.

The FBI affirms that it was already investigating Trump’s ties to Russia before Ohr and Steele revealed their findings. They were investigating George Papadopoulos, Trump’s foreign policy adviser during the campaign.