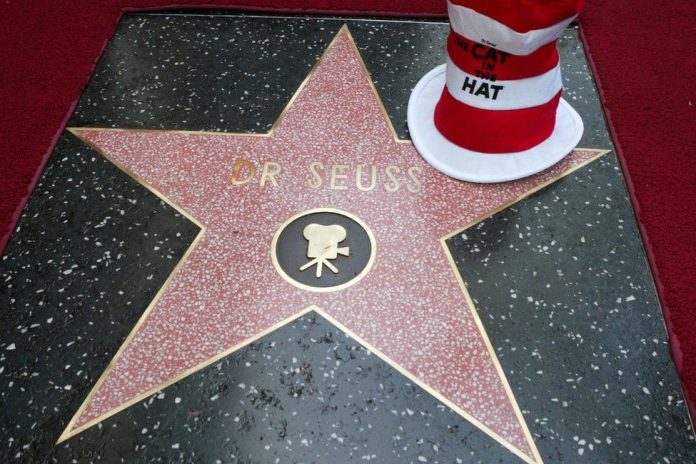 EBay confirmed to the Wall Street Journal six Dr Seuss titles are banned from its online marketplace. The titles which will be deleted and banned in the future are: “And To Think That I Saw It On Mulberry Street,” “If I Ran the Zoo,” “McElligot’s Pool,” “On Beyond Zebra!”  “Scrambled Eggs Super!” and “The Cat’s Quizzer.”

“eBay is currently sweeping our marketplace to remove these items,” a spokeswoman for eBay told the WSJ. She acknowledged the process would take some time. Currently, they are reviewing active seller listings. Additionally, they are monitoring and blocking new listings of the classic children’s books.

Dr. Seuss Enterprises, the entity holding rights to author Theodor Seuss Geisel’s 60 title portfolio of works written under the pen name Dr. Seuss announced on Tuesday, it will no longer publish six books.  The announcement said they contain offensive material and  “portray people in ways which are hurtful and wrong.”

The announcement came on the late author’s 117th birthday. This also coincides with “Read Across America” Day which has been associated with Geisel.

Ebay blocking sales of discontinued Seuss books strikes me as too much. Crossed the line from choice (a company doesn't have to publish if it doesn't want to) to restricting choice (a person can't sell a used copy even if they want to).
Big tech ≠ govt. But it can be govt-like.

Amazon and eBay became flooded with copies of the six books since the cancellation. Moreover, sale prices have skyrocketed in some cases to several hundred dollars per book.

“That seller – who went by the name Chad – posted on Twitter when eBay emailed him to tell him they'd removed his post.” https://t.co/tTQkoQQ2oU