There are one million tokens available in the Diet Bitcoin inventory. Uniquely, the price of the crypto asset is consistent with its name and offered via an initial coin offering (ICO), in three distinct rounds.  The first round of 300,000 DDX is offered at $50 per token, and is sold out according to the website (http://www.dietbitcoinico.org).  The second round (300,000 DDX) price per token is $3.50; the original token price is $100. Further, the final round (400,000 DDX) price per token is a staggering $1,000 per token, in sharp contrast to previous rounds.

In terms of value, Roberto insists the crypto asset will outperform cryptocurrency competitors Bitcoin, TRON, Ethereum, and Ripple. Similarly, Escobar Inc.’s CEO Olof Gustafsson disparaged competitor Bitcoin’s valuation, citing “no real team behind it” along with government conspiracy theories regarding the coin’s origin. Moreover, Escobar proclaims Diet Bitcoin’s valuation will not fall to zero because the coin is “his new work in life”. This is an interestingly qualitative self-proclamation and baseless valuation methodology.

In summary, prominent cryptocurrency investors and regulators continue to struggle with the application of a fundamental theory of value. As can be seen, high volatility and skepticism prevail when investing in cryptocurrency. Caveat emptor! 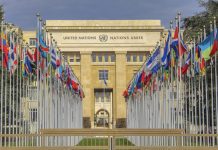 US Stocks Sold Off For a Fourth Straight Day, Dow Jones Slips 485 Points