Cryptocurrency might be the only thing more confusing than hedge funds. So cryptocurrency hedge funds could make your head explode. And The New York Times lists more than a hundred of them, few of have celebrated their one-year anniversary yet.

And, from the looks of it, some make megabucks off the confusion alone. 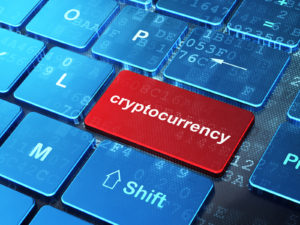 Hedge funds as they’re structured today became popular during the Reagan Revolution of the 1980s. Since then, the hedge fund model involves a privately held company run by professional manager who buys stocks with money invested by wealthy individuals, wealthier families and even wealthier banks. They empower the manager to hedge positions by taking small bets, or “shorts,” on stocks that could go down in value. Regulators allow hedge funds to borrow aggressively to buy more stocks and shorts than cash on hand will allow. The manager charges the investor 2 percent of the money they provide, win or lose. The manager also charges a 20 percent “performance fee” on the gain if the investments actually make money.

Most hedge funds invest mostly in stocks, but they’ve also invested in bonds, options, commodities and even currencies. So it’s an easy leap to cryptocurrencies.

Cryptocurrencies are basically digital-native money. People who trade in bitcoin, ether and other digital assets now call dollars, pounds, euros and such “sovereign” or “fiat” currencies. All money has something underlying their value. It used to be gold and silver. But today the dollar, for example, is backed only by a shared trust in the Federal Reserve Bank. So maybe cryptocurrencies – which rely on only the reputations of communities that trade in them – aren’t such a stretch.

But digital money is a whole new asset class and not too many people really understand it. That’s why they hire hedge fund managers, and why those pros charge a 30 percent performance fee when dealing with it.

But are the hedge fund managers really earning it, or are they just taking roughly $1 out of every $3 invested just to take an order?

Bitcoin’s value went up around 800 percent in the past 12 months – 50 percent in October alone. So all a cryptocurrency hedge fund manager had to do was buy bitcoin and hold onto it.

Hedge fund without the hedge?

It can’t last. Maybe cryptocurrencies aren’t really cash. Perhaps they’re a new class of assets, like stocks or bonds. Could be Washington will rain down regulations on it. Few people doubt digital money is going away, though. And everyone else who watches cryptocurrencies wonders how and when the market for them will crash.

Then the world will find out how many of these hedge funds actually hedged on cryptocurrencies. But so far, nobody knows because Wall Street’s fascination with digital money is mere months old, and nobody has ever seen a bear market for it.

There will be someday. Wall Street whizzes believe they’ll recover, like stocks did time and again, but a steep drop is coming. As sure as fear balances greed, it’s coming. Then the cryptocurrency hedge funds that didn’t adjust for the risks will reveal themselves.