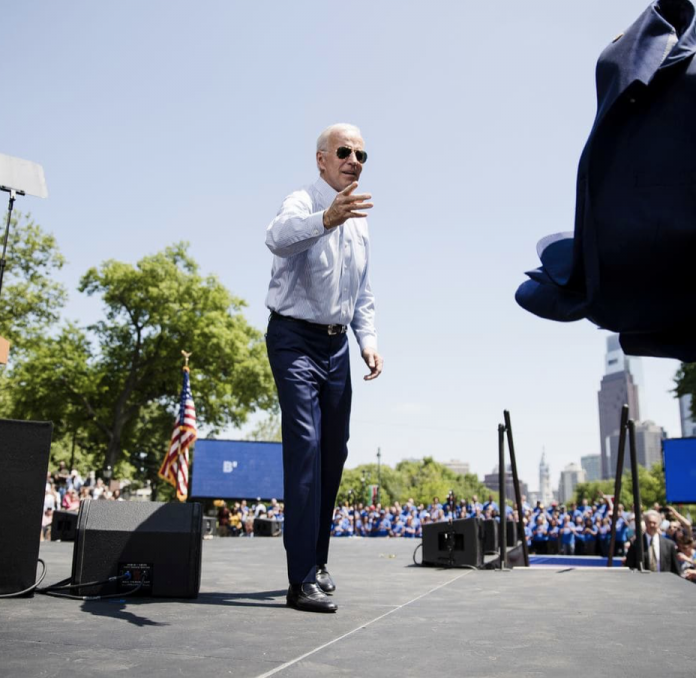 Since his inception into the 2020 presidential election, Joe Biden has dominated. At this time, the former vice president is pulling in with 35% amongst Democrat voters; this is in spite of the many candidates who are hoping to take on President Trump in 2020.

However, all that glitters isn’t gold. Biden may be in the lead now, but will the momentum last? Fox News anchor Bret Baier seems to have his doubts. According to Baier, Biden is not “unstoppable.”

Earlier today, Baier appeared on air for an interview with America’s Newsroom. During his time on the program, the Fox News anchor maintained that Biden has a long ways to go and that a lot can happen within 8.5 months.

In Baier’s own words:

“You have a long way to go. We are 8 1/2 months away from the first person voting; along the way, you have these debates which will be big moments in the primary.”

He also noted that Biden will face more resistance from opponents within his party as time passes.

“There will be some of the 24 candidates who will be swinging for Biden in various ways, whether he is not progressive enough, whether he is tied to some bad things in the past. So you have moments here that could potentially be big speed bumps for the former vice president; but clearly, he is the frontrunner.”

Finally, the news anchor noted that more progressive candidates, such as Elizabeth Warren and Bernie Sanders are steadily gaining ground amongst Democrat voters.

What Issues Will Biden Face as Time Passes?

Baier’s assessments are sound, to say the least. Despite his lead, Biden has already taken hits from members of his party who believe he isn’t progressive enough. Simultaneously, Biden also attracts frequent censure from conservatives and the right-wing. Attacks from both sides of the aisle are virtually guaranteed to mount as time passes and competition heats up.

Only time will tell whether or not Biden manages to retain his lead in the polls. This June, Democrat debates will commence; this will allow current candidates to increase their platforms, vocalize their proposals and work harder to rise above in-party competition.