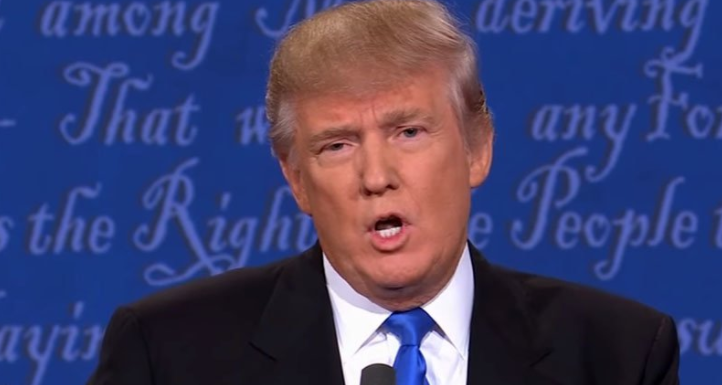 Earlier today, CNN posted about an article titled “It doesn’t take much for Trump to block you on Twitter.” The piece was written by a woman named Nancy Coleman; throughout the piece, she goes on to point out various instances where the President has blocked abusive users on Twitter. Any person who uses Twitter only needs to click on one of the President’s tweets to view the massive amount of online trolls that repeatedly send the President nasty messages. Obviously, President Trump can’t block every single person who hates him on Twitter, but is he really wrong for filtering out deranged leftists who habitually bombard him with hate?

One of the most laughable takeaways from CNN’s article is the suggestion that The Knight First Amendment Institute at Columbia will consider suing the President if he does not unblock certain users on Twitter. The notion of suing any person, let alone a President, for blocking certain people on social media is absolutely baseless. The President is not breaching any laws by halting relentless online abuse that is aimed at him. Each and every one of the President’s critics has the right to censure him and express their displeasure; likewise, the President has the right to filter out hatred from his account.

Apparently, Knight First Amendment Institute at Columbia University lawyers have raised the following argument: “Your Twitter account is a designated public forum for essentially the same reasons that open city council meetings and school board meetings are.” As every social media user knows, when someone is blocked on Twitter, they are disallowed from following, favoriting, quoting, viewing, and retweeting posts. The above mentioned lawyers are arguing that since President Trump is a governmental official using Twitter in an official capacity, he should be prohibited from filtering people who wish to have access to the page.

Katie Fallow, senior attorney at the Knight First Amendment Institute gave the following statement to CNN Tech: “While [the letter] relates to our most prominent Twitter user, the principles we seek to vindicate apply to all public officials and public entities that use social media to conduct government business and allow the public to participate.” This assertion is one of the greatest jokes of all time. Regardless of whether someone is a public figure or an ordinary civilian, they still have the same rights and live under the same Constitution. Nobody is required to endure endless streams of cuberbullying. The President of the United States has every right to utilize the block button that comes along with the use of a Twitter account.

This latest attack on the President is just another display of liberal politics. The radical left wing lunatics have been targeting President Trump for his outspokenness and his political views ever since he announced his candidacy. To even suggest that the President is breaching the First Amendment by blocking abusive users is completely inane. When you remove politics, emotion, and lunacy from the equation, the truth of the matter is this: Twitter users, regardless of societal standing, have the right to employ the block button should they desire to do so.