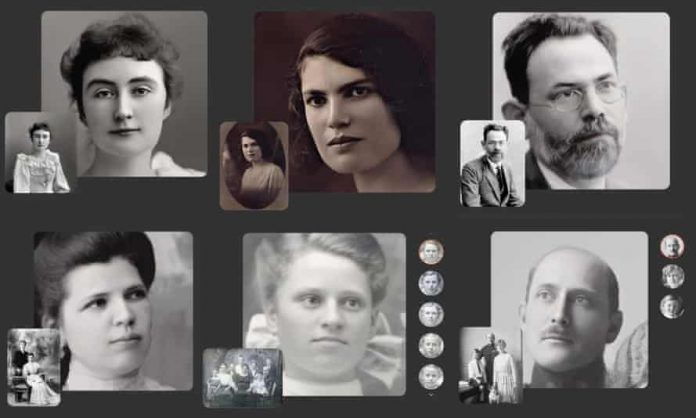 The site launched an easy-to-use, free trial in late February, which is being widely used via Twitter. Users can upload animated family photos, celebrities, and gaming-related stills.

What Deep Nostalgia creates isn’t always realistic, but the fakes are getting better-and-better. With improved tech, fake videos are getting difficult to distinguish, even with available image forensics.

The program uses deep learning networks of interconnected nodes which autonomously run computations on input data. The algorithm gets “trained” on the faces in photographs – sometimes even deceased relatives. Using this AI “training,” the nodes eventually arrange themselves to complete a particular task. The task was manipulating video to create convincing animated fakes.

Like most AI DeepFakes, this technology maps one person’s face onto footage of another. Deep Nostalgia software provides a smooth transition of animated expressions and facial features. Additionally, it also has to generate images to fill in any gaps from the source photo to the final result.

I just ran the @Warcraft cover through the Deep Nostalgia Tool, and this happened… pic.twitter.com/1eD3bb7fAN

“Some people love the Deep Nostalgia feature and consider it magical, while others find it creepy and dislike it,” MyHeritage says about its technology. “Indeed, the results can be controversial and it’s hard to stay indifferent to this technology. This feature is intended for nostalgic use. For some, it’s providing comfort by bringing beloved ancestors back to life.”