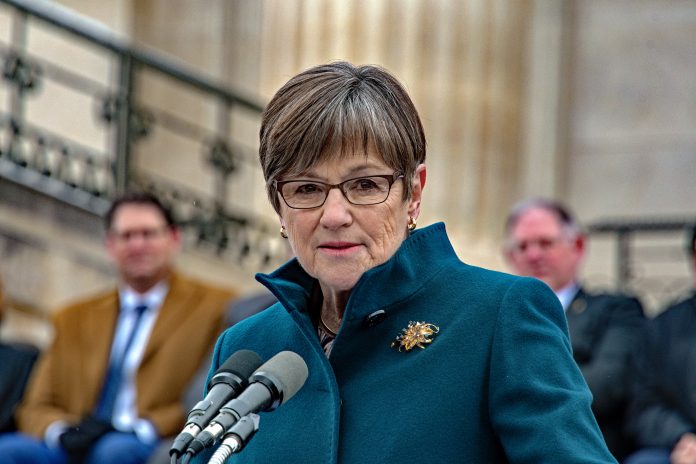 The more time passes, the more readily apparent it becomes that President Biden’s nationwide COVID vaccine mandate is just not going to work out. Already, the mandate is facing lawsuits from not just Republicans across the country, but also from religious groups and business associations.

Earlier this year, the Biden administration itself conceded a national vaccine mandate is not the role of the federal government. Then, they completely threw that out the window and declared Biden does have the legal authority to implement such a mandate.

The Federal Appeals Court doesn’t think so, however. Over the weekend, the court halted the edict; in so doing, they also noted the serious problems regarding statutory and constitutional matters tied to this vaccine mandate.

Now, a Democrat governor has joined the chorus of Americans sounding off against the 46th president’s unlawful COVID vaccination order.

Several days ago, Kansas Democrat Governor Laura Kelly released a public statement about the COVID vaccine mandate from the president. The statement, while cordial, also makes it clear Kelly does not back the mandate, despite her status as a Democrat.

The Kansas governor affirmed Biden’s mandate is not suitable or useful for residents of her state. Likewise, Kelly went on to explain a “federal standard” is now out of the question; this is because Kansas already developed procedures that work well for them.

Towards the end, the governor confirmed she will continue her work to find an appropriate resolution in the ongoing battle against COVID.

A tough blow to Biden

For the president, it’s a bitter pill to swallow for a member of his own party to come out against this mandate. Governor Kelly is an outlier in this regard; not a single Democrat leader nationwide has openly professed their opposition against Biden’s mandate.

Kelly’s decision to come forward may inspire other Democrats who secretly feel the same to follow suit. Over the weekend, the White House downplayed the ruling from the Federal Appeals Court that tentatively stops Biden’s vaccine mandate.

Republicans, however, remain steadfast in their determination to defeat Biden’s edict.