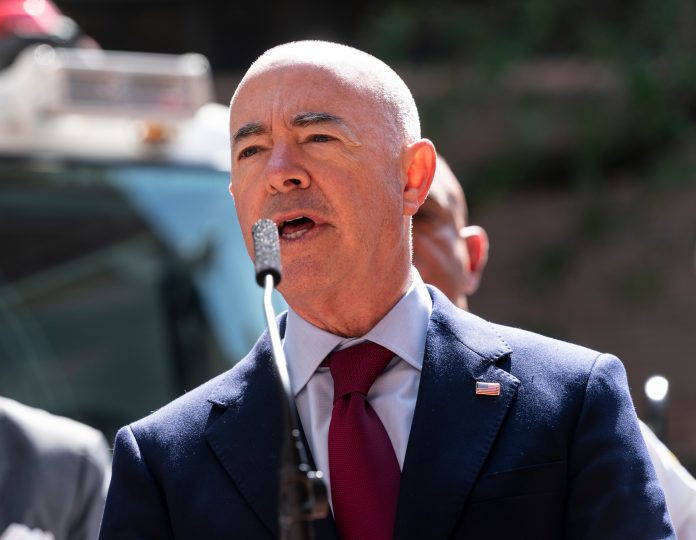 The situation at the U.S.-Mexico border is not good. It’s also a situation that’s worsened in recent months, despite Vice President Kamala Harris being selected as the point person to get this under control.

Over the past few weeks, controversies and debates have come up regarding the treatment of migrants at the border. Likewise, qualms also exist regarding thousands of migrants housed underneath a bridge in Del Rio, Texas.

At this point, it’s a tough move for anyone to deny that what’s happening at the border is a problem. Even some big name Democrats have started calling out the Biden administration for what is happening.

In the wake of all this, Department of Homeland Security secretary Alejandro Mayorkas faced questions about the situation at the border during a Fox News, in-person interview.

The DHS secretary on the southern border crisis

When Mayorkas sat down with Fox News, he spoke with anchor Chris Wallace. Wallace pressed the DHS secretary on a number of issues; first, he started by asking Mayorkas about whether the decisions of the Biden administration serve as magnet for more illegal immigration.

The DHS secretary promptly took a defensive position. Mayorkas asserted that “nothing new” is taking place right now. He also falsely claimed that illegal immigration to the tune of what we’re seeing now is basically par for the course.

However, Wallace pointed out that information from Mayorkas’ own department contradicts his statements. The Fox News anchor explained to the DHS secretary that DHS statistics document worsening rises of migrants crossing the southern border since Biden became president.

Once again, though, Mayorkas pivoted. The DHS secretary then professed that “the law” allows migrants to make asylum requests to the United States. Mayorkas later stated that during the years of 2010, 2014, and 2019, illegal immigration rates heightened.

Reactions from the American public

Americans largely criticized the rhetoric of the DHS secretary during his Fox News interview. Critics accused Mayorkas of attempting to pass the buck and refusing to hold the Biden administration accountable.

To this very day, the Biden administration has yet to announce a plan of action to get the southern border back under control. Multiple Republican governors have written to President Biden, asking to meet with him on the matter; however, right now, there is no word of any upcoming meeting.