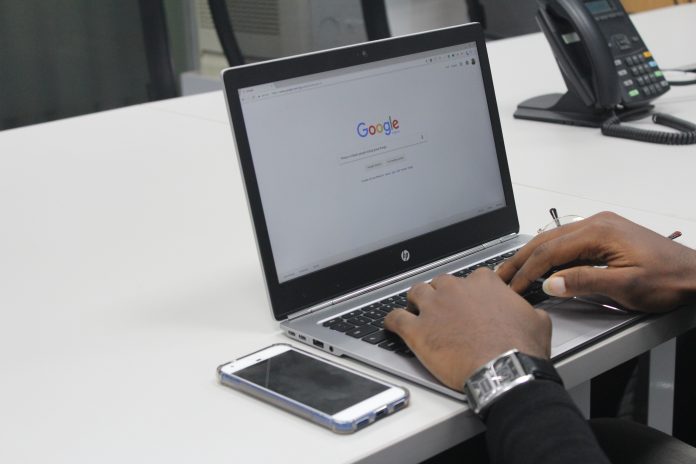 The U.S. Department of Justice (DOJ) along with 11 states is suing Google for allegedly violating antitrust laws. The department said Google engaged in anticompetitive and exclusionary practices in the search and search advertising markets.

In the lawsuit, the DOJ described Google as “the monopoly gatekeeper to the internet for billions of users and countless advertisers worldwide,” with an iron grip over 90% of all search queries, which gives the tech giant unprecedented control over how users search the web.

“As with its historic antitrust actions against AT&T in 1974 and Microsoft in 1998, the Department is again enforcing the Sherman Act to restore the role of competition and open the door to the next wave of innovation—this time in vital digital markets,” said Deputy Attorney General Jeffrey A. Rosen in a statement.

Google allegedly utilized exclusionary agreements to “lock up the primary avenues through which users access search engines, and thus the internet, by requiring that Google be set as the preset default general search engine” on billions of devices,” the DOJ claimed.

These exclusionary agreements are achieved with four unique methods:

“Today, millions of Americans rely on the Internet and online platforms for their daily lives.  Competition in this industry is vitally important, which is why today’s challenge against Google — the gatekeeper of the Internet — for violating antitrust laws is a monumental case both for the Department of Justice and for the American people,” said Attorney General Bill Barr.

The lawsuit comes after more than a year of investigation into Google’s practices, particularly in its advertising and search businesses. It was previously reported that  U.S. Attorney General William Barr ordered career lawyers involved in the investigation to finish their work and sue Google by the end of September. However, a majority of the lawyers opposed rushing the filing of an antitrust complaint against the tech giant

It was also reported Democratic and Republican states were divided on their strategy as to when and how to move forward with their case against the tech giant. It appears that the Democratic states will file a separate complaint.