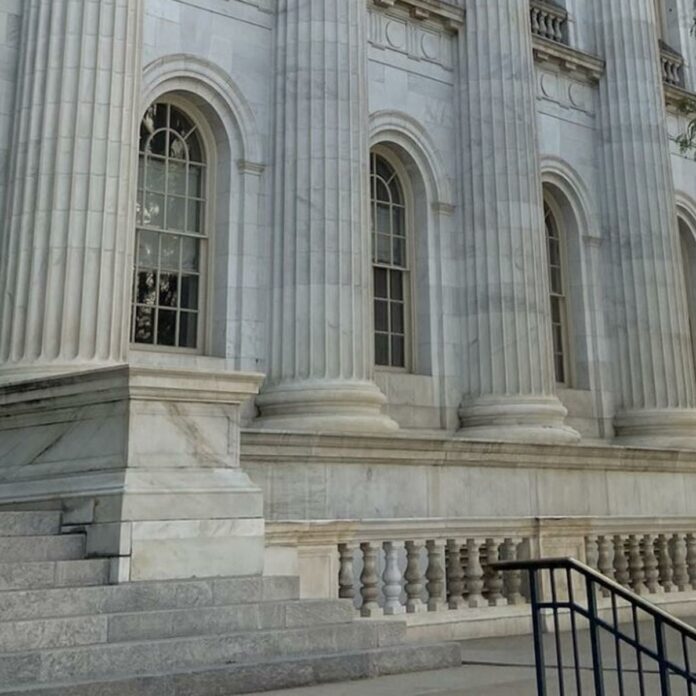 This is the case of Kevin O’Rourke et al. v. Dominion Voting Systems Inc. et al., in the U.S. Court of Appeals for the Tenth Circuit.

A recent court case has brought attention to the ongoing battle for election integrity in the United States. A pair of attorneys, Ernest Walker and Gary Fielder, who were vocal supporters of former President Donald Trump, are continuing to fight against $187,000 in sanctions they received from a federal judge in Colorado in 2021. The sanctions were imposed over faulty election claims, which the attorneys argue were not given a fair hearing in court.

The attorneys have filed a petition to the Tenth Circuit, asking for the court to reconsider its prior rejection of their challenges to the penalties. They argue that the appellate court’s November 2022 judgment upholding the sanctions against them relied on precedent unrelated to their situation and that their complaints were “premised upon entirely different legal theories and facts and involved different defendants, as compared to every case cited by the district court.” The attorneys are now seeking for the case to be heard by a panel or en banc.

The case in question dates back to December 2020, when Walker and Fielder sought to represent eight plaintiffs amid a class of 160 million voters. They brought their initial case to a Colorado federal court, alleging that Dominion Voting Systems, Facebook, the Center for Tech and Civic Life, and state elections officials in four states engaged in a vast conspiracy to rob then-President Donald Trump of the presidency. The case failed to gain class certification and was thrown out by April 2021.

Walker and Fielder’s initial election-rigging allegations named officials in Michigan, Wisconsin, Pennsylvania, and Georgia among the defendants. Magistrate Judge N. Reid Neureiter tossed the case for lack of standing and, within weeks, Pennsylvania Gov. Tom Wolf and former Secretary of the Commonwealth Kathy Broockvar petitioned the federal court in Colorado to sanction the two attorneys.

In their motion, Wolf and Broockvar stated that “This case made demonstrably false accusations to advance frivolous legal arguments. It did so for a dangerous purpose: to attack the Pennsylvania defendants’ administration of the 2020 election and to undermine faith in the results of that election.”

However, Judge Neureiter’s ruling went further than this, stating that the attorneys had attempted to launder false claims through the court system to give them a veneer of respectability. This, in turn, contributed to the public distrust of the election results, which ultimately led Trump supporters to storm the U.S. Capitol on January 6, 2021.

In a November 2021 order, Judge Neureiter issued a scathing criticism of the attorneys for their “wasteful, extraordinarily overbroad and dangerous lawsuit” and ordered the two to pay about $187,000 in attorney fees to Dominion, Facebook, and CTCL. The states of Michigan and Pennsylvania also requested $10,000 in fees, which the plaintiffs agreed to.

In their latest filing, Walker and Fielder emphasized that from filing to dismissal, their initial complaint against Michigan and Pennsylvania officials took only four months. They argue that their actions were both timely and in good faith and that they were simply representing clients who thought they had viable claims for relief.

The attorneys stated, “The plaintiffs were real citizens, registered to vote, and the overwhelming majority of them cast a ballot in the 2020 presidential election. The allegations were based on the conduct of the defendants concerning the 2020 presidential elections. The allegations were footnoted and supported by evidence. The plaintiffs were not allowed an opportunity to prove their claims and, to this day, the American public still has not received answers or justice regarding the validity of the 2020 election.

The sanctions imposed on Walker and Fielder are a clear attack on their right to free speech and their ability to represent their clients in court. The attorneys argue that the sanctions are unjust and an attempt to silence those who dare to question the integrity of the election.

This case highlights the ongoing struggle for election integrity in the United States. It is crucial that all voices and concerns are heard, and that evidence is fully examined, in order to ensure fair and transparent elections for all citizens. The American public deserves to have confidence in the electoral process, and cases like this should be a wake-up call for the need for reform and transparency in our election system.

The attorneys will continue to fight for their rights and for the rights of their clients, as they believe that everyone has the right to fair representation and justice in court. It is important that the public stays informed and engaged in this case, as it has far-reaching implications for the future of our democracy and the sanctity of our electoral process.