The Federal Aviation Administration (FAA) said it will not cancel its national grounding order on all Boeing 737 Max until the aerospace company resolves a new flaw in the computer system of its popular airplane.

In a statement, FAA explained that it is “following through a process… for returning the Boeing 737 Max to passenger service. It “will lift the aircraft’s prohibition order” once it determines that it is safe.

The regulator is still evaluating Boeing’s software modification to the MCAS and developing necessary training requirements. It is also responding to recommendations from the Technical Advisory Board (TAB), an independent review panel reviewing its work regarding the return of Boeing 737 Max to service.

On the other hand, Boeing said it agrees with the regulator’s decision to delay its aircraft’s return to service. “The safety of our airplanes is Boeing’s highest priority,” it said in a statement.

In addition, the aerospace company noted that the FAA discovered the potential risk through recent simulator flights and review of the 737 Max software update.

Furthermore, Boeing said it is working on resolving the flaw and will not offer the 737 Max for certification until it has satisfied all requirements necessary to ensure that the aircraft is safe to fly again.

The FAA grounded all Boeing 737 Max in March after two crashes involving the Lion Air flight 610 and Ethiopian Airlines flight 302. The accidents led to the death of 346 people. 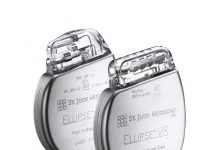