California will start requiring all individuals purchasing gun ammunitions to undergo a background check on July 1.

State leaders are hoping that the new law, Proposition 63, which was approved by voters in 2016, will help prevent gun violence.

Proposition 63 included a provision that prohibits the possession of large-capacity ammunition magazines. However, a group of gun rights owners and advocates filed a lawsuit challenging the ban. California will not yet implement the ban, but majority of the provisions of the law will take effect on Monday.

In addition to the background check, the California law also requires:

California is one of the states with the strictest gun laws as state lawmakers believe that people who pose danger to themselves and others cannot own or possess guns. 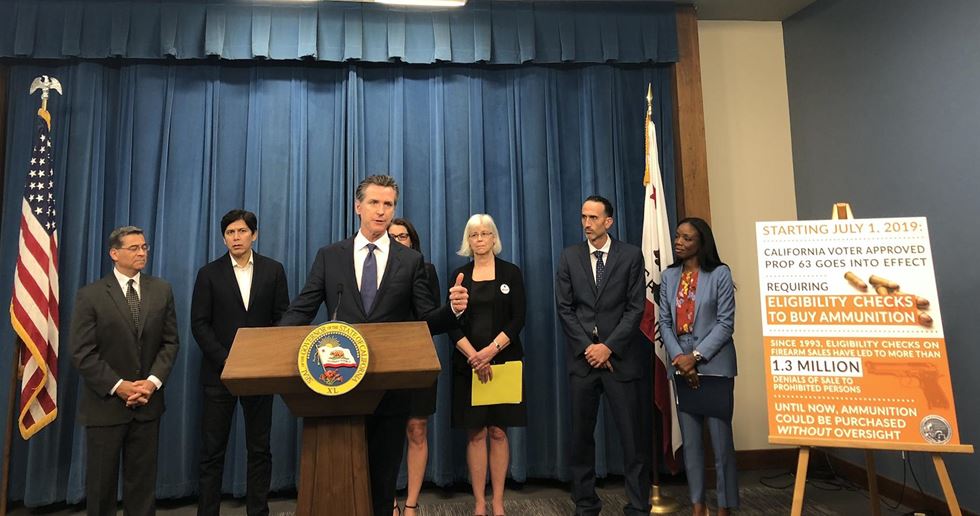 Newsom says ammunition is a dangerous component of guns

In a statement, Governor Gavin Newsom said, “Gun violence is an American epidemic, and California is again on the front lines of combatting it. Proposition 63 is proof of what we can accomplish when we stand up together and show the NRA that our children’s lives are more important than their profits. California will continue to lead the way when it comes to sensible policies that protect our families and communities from gun violence.”

During a press conference, Newson emphasized, “Gun safety laws save lives. The extreme rhetoric on the other side that denies simple background checks has to be called out. California has done that on guns. But at the end of the day, gun requires a dangerous component and that’s ammunition.”

On the other hand, the state’s Attorney General Xavier Becerra, said, “Requiring eligibility check for gun and ammunition purchases is not only common sense, it works. Enforcing Prop 63 will help us keep ammunition away from dangerous, prohibited individuals who have no business owning firearms or ammunition. California will continue to lead when it comes to reducing gun violence and keeping our communities safe.”