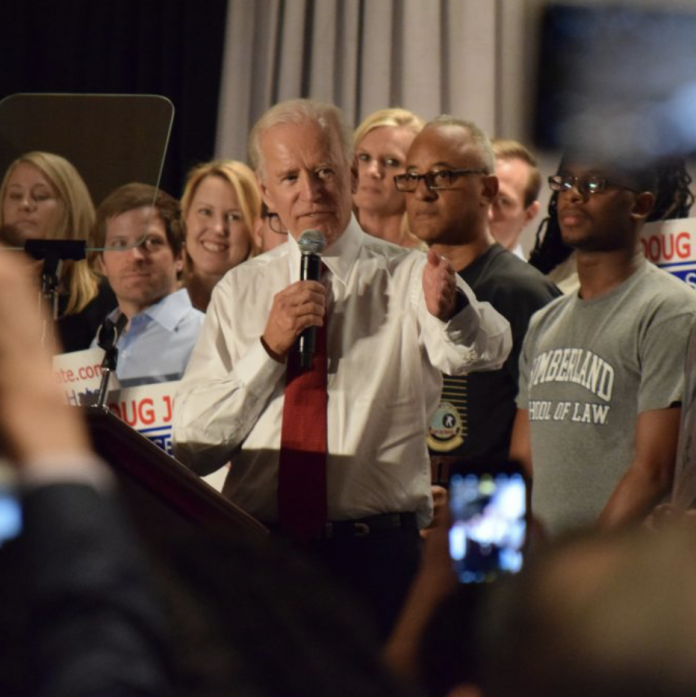 Over the past year, Democrat leaders have embraced extremely far left, progressive policies.

However, despite the trend of the Democrat Party, it turns out that most Democrat voters may not lean as far to the left as their progressive leaders.

This latest development comes from Byron York, a contributor for Fox News. York noted that despite perceptions of Democrats being far-left as a whole, this isn’t necessarily accurate. The political contributor cited the strong lead which Biden has amongst Democrats, notwithstanding progressive groups which denounced Biden as too much of a centrist.

In York’s own words:

“What might be happening here is, we heard all this talk about how far to the left the Democratic Party had moved. Then, the most centrist candidate in the field jumps in the race and immediately opens up a huge lead. So, it’s possible that Democratic voters maybe aren’t as far to the left as we’ve been hearing in the media, perhaps are a little more center-left than we thought.”

Various polls have indicated that Biden maintains a 23-point lead amongst Democrats.

Are Progressives at Odds with Democrat Voters?

York’s observations are interesting; one of the most notable factors of all is the contrast between various progressives and Democrat voters. Shortly after Biden announced his decision to run for office, Justice Democrats immediately slammed him.

If you let the Justice Democrats tell it, Biden isn’t a strong enough candidate to take on President Trump in 2020. However, the Democrats who are overwhelmingly supporting Biden seem to think differently.

Many progressives appear to believe that a far-left, extreme progressive candidate is the best fit to take on President Trump; although, this doesn’t align with many voters within their own party.

A Progressive Candidate or a Centrist Candidate in 2020?

A divide within the Democrat Party is forming. On one side lies the progressives who favor candidates such as Bernie Sanders and Elizabeth Warren. Earlier this month, Rep. Alexandria Ocasio-Cortez stated that she will likely endorse either Sanders or Warren.

Then, there are Democrat voters who appear to prefer Biden, a candidate who is likelier to appeal to more groups of Americans in a general election; this is a feat which a radical progressive candidate would greatly struggle with.

Only time will tell who Democrats chose to represent their party in 2020. President Trump already predicted that he will face Biden in the upcoming general election.