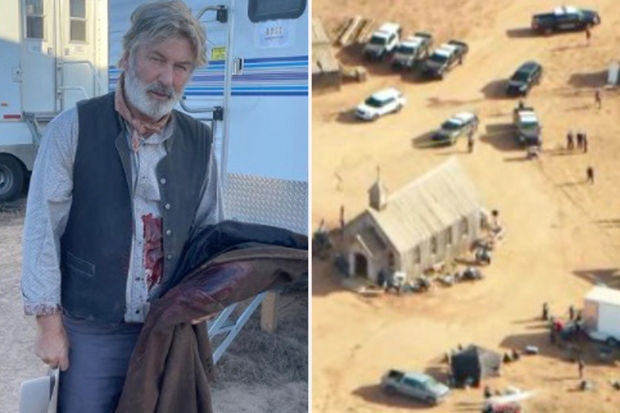 Halyna Hutchins, 42, head of photography was killed. Joel Souza, 48, the director was wounded when a prop gun misfired on the set of the upcoming film Rust. According to the Santa Fe County Sheriff’s Office, the firearm was discharged by Alec Baldwin, the film’s producer, and star.

Juan Rios of the Sheriff’s Department said authorities responded to the incident at the Bonanza Creek Ranch. There were multiple 911 calls indicating “an individual had been shot on set.”

Rust, was written and directed by Joel Souza who is being treated at Christus St. Vincent Regional Medical Center. His condition is not known at this time.

The movie is set in 1880s Kansas. And the plot follows the misadventures of an orphaned  13-year-old boy and his brother.

The two young siblings meet their estranged outlaw grandfather (Baldwin) who takes them on-the-run. Their grandfather is wanted for the accidental killing of a local rancher.

Representatives for Baldwin and Souza have not yet made comments.

“There was an accident today on the New Mexico set of Rust involving the misfire of a prop gun with blanks,” a spokesperson for the Rust production said. “Production has been halted for the time being. The safety of our cast and crew remains our top priority.”