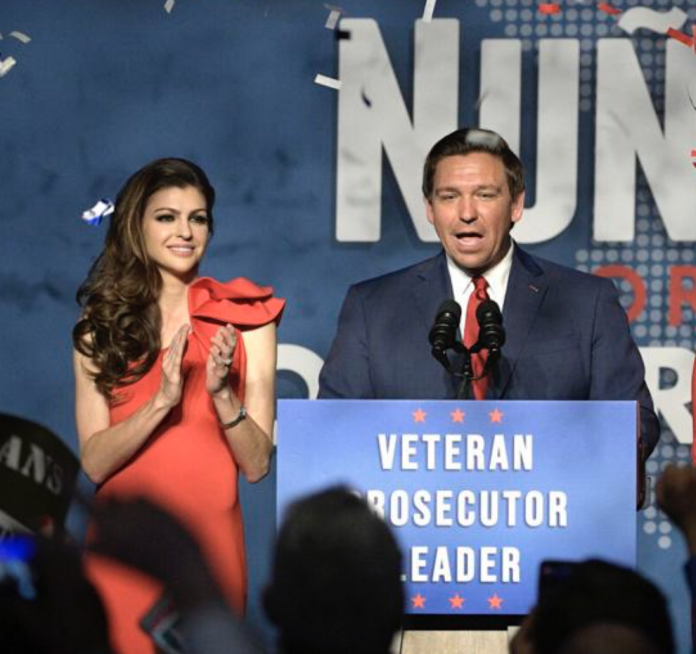 Across countless left-wing inner cities, riots have brought devastation and destruction. Minneapolis is one prime example; night after night, leftists in the city have gotten into physical confrontations with police, ruined small businesses, and laid siege to public property.

Meanwhile, Democrat congressmembers like Maxine Waters and Rashida Tlaib are encouraging more intense confrontation and calling to dismantle policing. At this point, it is clear that Democrats will not act to bring this chaos to a halt. However, the story is very different for Republican leaders.

What to know about Florida’s anti-riot bill

H.B. 1 went into law the moment that Governor DeSantis signed it on Monday. Due to this legislation, local governments that interfere with law enforcement doing their jobs will be liable for the harm caused as a result.

Furthermore, “aggravated riots” in Florida are now second-degree felonies; this means that demonstrators are not allowed to block traffic, cause property damage, or threaten the use of a lethal weapon as many rioters have done.

When Governor DeSantis signed H.B. 1 this morning, he stated that the bill will prevent the defunding of police and protect the constitutional right to assembly without allowing for destructive rioting.

Under the Sunshine State’s anti-riot legislation, individuals who lay siege to monuments and “commandeer highways” shall also face steep legal penalties. Each of these actions has repeatedly happened thanks to many left-wing rioters across the nation.

This morning, the Florida governor clearly informed that rioting will not stand in the Sunshine State. DeSantis’ signing of H.B. 1 happens after it successfully passed through the Florida state legislature.

As expected, Democrats railed against the Florida Republican governor after he signed the anti-riot bill. Leftists maintain that H.B. 1 breaches First Amendment rights; however, conservatives are pushing back against this false claim.

Protesting is very different from rioting. The First Amendment guarantees the right to peaceably assemble; it does not guarantee the right to destroy property, attack police officers, or obstruct traffic.

Republicans, meanwhile, are applauding the Florida governor for signing H.B. 1.