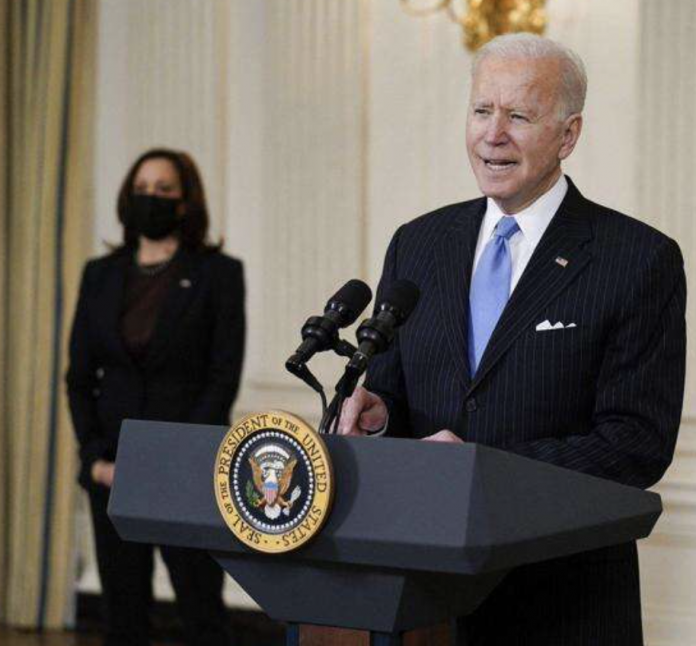 Amid debates on policing, several Democrat lawmakers are responsible for rhetoric that only serves to further inflame tensions and anger.

Last week, House Rep. Rashida Tlaib tweeted out that policing, the military, and prisons are beyond reform and should therefore face dismantling. This past weekend, House Rep. Maxine Waters called for Minneapolis demonstrators to become more aggressive and confrontational.

Needless to say, this type of rhetoric is facing immense pushback from conservatives and others who disagree. Moreover, many Americans are now looking to President Biden to determine his stance on the type of talk coming from Democrat congressmembers like Tlaib and Waters.

On Monday, the White House continued its ongoing work to distance the 46th president from the extreme rhetoric regarding riots and the future of policing in America.

The official statements from the White House

Before the weekend, the White House stated that President Biden does not harbor Tlaib’s view that police should no longer operate in America. Instead, White House aide Jen Psaki announced that Biden backs police reform and looks forward to signing a bill of this nature into law.

Earlier today, during a press conference, Psaki responded to inquiries about Waters’ calls for Minneapolis protesters to increase their levels of confrontation. Republicans have already condemned this as incitement of violence; furthermore, House Minority Leader Kevin McCarthy vowed to take punitive action against Waters this week if House Speaker Nancy Pelosi fails to do so.

When addressing reporters, Psaki stated that President Biden backs First Amendment rights; she also informed that Biden believes “protesting injustice” must happen in a peaceful manner. The White House press secretary then declared that peaceful protest is something that Biden shall “[continue] to call for.”

Putting an end to political violence in America

The events of 2021 thus far have engendered a series of conversations about political violence in America.

Many Democrats condemned the January 6 insurrection; however, when it comes to political violence from their own side of the political spectrum, Democrats are much less vocal. Nevertheless, after Rep. Tlaib’s calls to abolish law enforcement in the United States, some Democrats pushed back against this; certain leftists did, in fact, cite their support for police reform.

This morning, Florida officially passed a new law that penalizes rioting, looting, and the defunding of police. Conservatives praised Florida’s H.B. 1 as a bill that will prevent displays of political violence.