Home America Flying jetpack man could have been balloon
SHARE 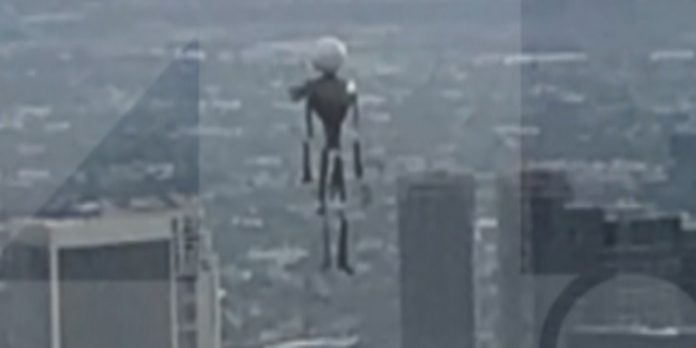 The mystery of jetpack man may finally be solved. Authorities have been investigating since pilots reported seeing a man flying a jetpack at 3,000 feet in the airspace near LAX. The mystery started in August 2020.

It is possible that it was a human-like balloon, not a jetpack man that was first spotted.

The first reports “Tower, American 1997 – we just passed a guy in a jetpack,” an American Airlines pilot coming in from Philadelphia said, according to The New York Times. He told the control tower the alleged jetpack was around 300 yards from the plane. Moments later, a JetBlue pilot also reported seeing a jetpack.

The first sightings caused both the FAA and FBI to begin investigations. Then there were more reports of jetpack man in October and November of  2020. And the phenomenon was also reported in July 2021.

In November 2020 a Los Angeles Police Department helicopter crew may have captured a video that answers a lot of questions. The recently released video shows a human-shaped balloon flying over Century City, California.

The video, shown on local news KTLA features the balloon zooming through the air. The inflatable looks a lot like Jack Skellington, the main character of the classic animated film “The Nightmare Before Christmas.”

“The FAA has worked closely with the FBI to investigate every reported jetpack sighting. So far, none of these sightings have been verified,” an FAA spokesperson claimed.

“One working theory is that pilots might have seen balloons,” the FAA and FBI both mentioned the possibility in separate statements.

The investigation continues.  So far, no one has been able to prove if it was a jetpack man or a Jack Skellington balloon that has been flying in Los Angeles skies.