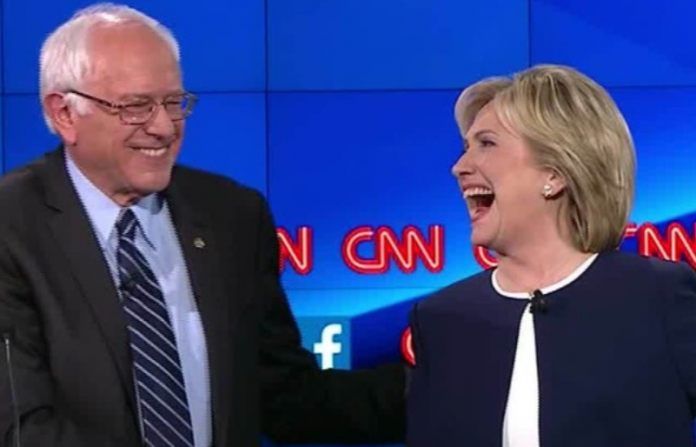 Reports from The Hill affirm that former Democratic National Committee chairman Howard Dean believes older Democrats should step aside and allow room for their younger counterparts.

Dean on Older and Younger Democrats

On Thursday, Dean opined the following outlook regarding Democrats in politics:

“I don’t think [Bernie Sanders] is going to be the next nominee. But he could be. But I’m very much for somebody who is younger. I think my generation needs to get the hell out of politics. Start coaching and start moving up this next generation who are more … fiscally sane. Neither Republicans or Democrats can claim they are fiscally responsible anymore.his young generation is going to pay for that if we don’t get the hell out of the way and have somebody who is 50 running the country.”

Democrats have struggled to increase their popularity, especially since the victory of President Trump. While many people have cited alleged, yet unproven, Russian interference theories as the cause of the President’s win, others blamed Clinton.

Critics have asserted that Clinton was not the right candidate for several reasons. Others stated that a Democratic Presidential victory would have followed if Bernie Sanders were nominated instead of Clinton.

However, like Dean, some progressives have other ideas. They believe youthful progressives will attract stronger support and votes. The former DNC chairman also claimed the next Democrat to run for office should be “young and in the next generation.” When asked which candidates he would support, Dean named Kamala Harris, 53, Chris Murphy, 44, Eric Garcetti, 46, and other Democrats under 55.

Dean also opined that progressives are becoming the “new face” of the Democrat Party.

Despite the former DNC chairman’s remarks about putting forth younger Democrats, many conservatives have asserted that the ages of liberal politicians are the least of their worries. Right leaning Americans have censured Democrats for their policies, perceived cheating, and underhanded tactics.

During the primaries of the 2016 Presidential election, many Americans on both sides of the aisle stated that Clinton colluded with the DNC to cheat her then-rival Bernie Sanders from securing the Democratic nomination. These allegations intensified after supporting Wikileaks emails were revealed to the public.

After President Trump defeated Clinton, critics of the Democrats noted the perceived irony. Had the DNC not cheated Sanders out of the nomination, a Democrat may have won the Presidency, asserted many Americans.

Howard Dean did not discuss criticisms regarding Democrats’ behavior. However, he did note his belief that America has “moved to the left.”