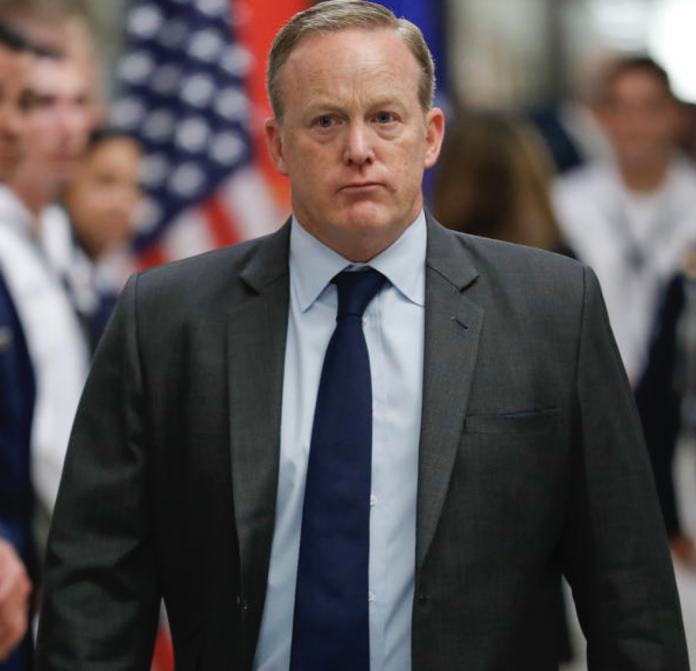 Earlier today, former White House press secretary Sean Spicer pushed back against a recent condemnation of President Trump, according to The Hill.

An Overview of the Criticism and Spicer’s Response

Since the inception of Donald Trump’s Presidency, members of the Hollywood elite have clearly vocalized their opinions of Trump. Many rappers, artists, and actors openly express their disdain for the President, his family, and his administration. During yesterday’s Tony Awards, actor Robert DeNiro did not deviate from the prevalent trend.

He started off his speech by proudly professing, “I’m going to say one thing: F*ck Trump!” Of course, the Hollywood audience appreciated the grandstanding, which earned DeNiro a hearty round of applause.

However, Americans who exist beyond the Hollywood bubble were not as amused. As previously stated, one of the displeased Americans is Sean Spicer. Spicer previously worked as the White House press secretary before Sarah Sanders succeeded him.

His statements read as follows:

“DeNiro represents exactly what’s going on in this country. They want to call out the president for certain things and then they engage in the same behavior that they find reprehensible. Except they do it in public, on public airways where every American can see and see just how deplorable they are.”

Finally, Spicer criticized what many conservatives have referred to as the hypocrisy of a typically left-leaning Hollywood:

“It’s amazing to me that this kind of behavior doesn’t get called out on the left…the ‘holier than thou’ attitude that they have when they call it out on the right.”

More on Spicer’s Response and the Current Political Climate

Sean Spicer’s remarks come at a very heated time in American politics. As stated by the former press secretary, many left-leaning individuals have criticized the President’s outspoken and controversial statements. However, various Americans on the left wing political spectrum have engaged in similar behavior when censuring Trump.

Many conservatives and Trump supporters moreover and regularly controvert criticisms against the sitting President. Those who tend to lean right overwhelmingly believe that the left is in no position to claim the moral high ground. Nevertheless, individuals on the left appear to disagree.

Finally, the network which hosted the Tony Awards censored out DeNiro’s expletive.