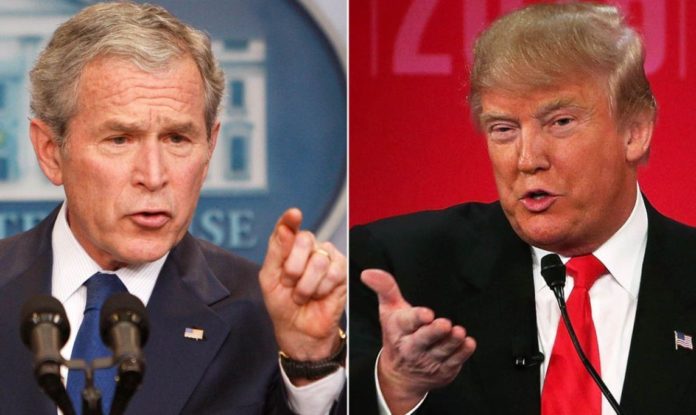 President George W. Bush rebuked Donald Trump in a speech in New York City yesterday. It was an implicit, but undeniable, critique of the current state of affairs in Washington and around the country.

Bush never once uttered Trump’s name, but it was obvious what his intentions were. “Bigotry seems emboldened,” he lamented. “Our politics seems more vulnerable to conspiracy theories and outright fabrication.” It seems like Bush was referencing “fake news” here.

Bush’s speech was a rousing call to protect American democratic institutions from domestic and foreign threats. “We need a renewed emphasis on civic learning in schools,” he said, adding that “the only way to pass along civic values is to first live up to them.”

“Bigotry in Any Form is Blasphemy Against the American Creed”

The former president painted the picture of an identity crisis gripping America. “We…need to recover our identity.” “To renew our country, we only need to remember our values.”

Besides speaking on the problems facing America internally, Bush referenced outside attacks from adversaries like Russia. President Trump has repeatedly dismissed claims that Russia had any role in impacting the 2016 election. “This effort is broad, systemic and stealthy. It’s conducted across a range of social media platforms,” Bush said. He reinforced this by citing the U.S. intelligence community’s assessment about Russia’s interference. 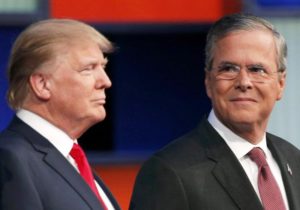 Trump found himself frequently locking horns on the debate stage with George Bush’s brother, Jeb, the former Florida governor. Therefore it’s understandable that the Bush and Trump families do not exactly have a warm history. Jeb was widely considered by donors to be the Republican establishment favorite for the White House. It was shocking to the GOP base when Jeb Bush’s campaign imploded before the election.

Trump had several exchanges with Jeb during the GOP debates in which he ridiculed his brother George over the 9/11 attacks and the Iraq War. Yet Jeb didn’t have much a defense and he came out of those encounters with Trump looking wooden and low-energy. Consequently, it’s not surprising that the Bush and Trump camps do not look fondly on each other.