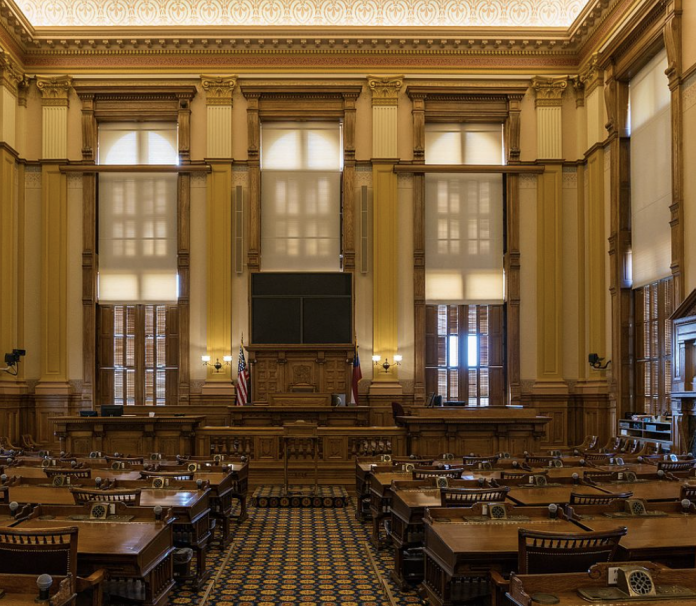 When sizeable parts of the public believe that their votes do not count, this is bad news. The reality, though, is that this is where many conservatives are. The 2020 presidential election engendered massive claims of fraud, reports of irregularities, and even to this day, there are numerous Republicans who view Joe Biden as an illegitimate president.

Many people have pointed to widespread, unsolicited mailing out of absentee ballots as an issue. Some people reportedly received multiple ballots, whereas others received ballots with the wrong name or missing boxes.

Conservatives and Republicans, following the many controversies surrounding the 2020 presidential election, have stated that the need to ensure election security is paramount.

This week, the Georgia Senate formally voted on and passed legislation that requires individuals seeking to vote via absentee ballot to present a photo ID.

Georgia Sen. Larry Walker, the vice-chair of the Majority Caucus, is the sponsor behind the legislation. Walker and the other Republicans who voted for his bill believe that photo ID mandates for absentee ballots will safeguard election integrity. In a public statement, the Georgia Republican declared that this mandate will see to it that Georgians are confident in the voting process.

Georgia Democrats, however, have a very different outlook. Democrats in the Georgia Senate voted against Walker’s legislation; they also argued that requiring absentee voters to submit picture ID is a form of racism, disenfranchisement, and voter suppression.

These are common left-wing talking points, though; Democrats have consistently argued that photo ID requirements for any form of voting are meant to drive down the number of voters.

Republicans in Georgia are largely supportive of Walker’s legislation, however. Right-wingers across the nation have also suggested that photo ID requirements for absentee voting ought to be mandatory nationwide.

Since the Georgia Senate voted, it’s now up to the Georgia House of Representatives to vote on Walker’s sponsored bill.

The work to guarantee the security of elections in Georgia comes at a pivotal moment. Georgians have two critical elections coming up; these elections include the 2022 gubernatorial race and the race for the Senate seat presently occupied by Democrat Raphael Warnock.