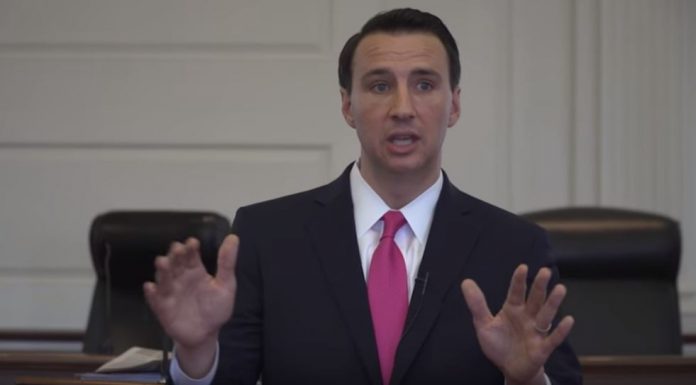 Republican Representative Ryan Costello announced that he will not seek re-election to represent the 6th District of Pennsylvania in Congress.

His decision comes amid the increasing concern among Republicans regarding the possibility of a Democratic sweep in the 2018 midterm elections. The latest Fox News survey showed that 46% of voters support a Democratic candidate in their district while 41% chose a GOP candidate.

On Sunday, Rep. Costello told Daily Local News that his decision to not run for another term was due to a combination factors.

According to him, “It has been a deeply personal decision and evaluation. But those who love me agree and those who I love agree with it. I will not be running for re-election.”

In addition, Rep. Costello made it clear that he made his decision not because he afraid of losing the election under the new congressional map. In fact, the overall voter registration number and internal poll show that he could still win another term.

The Pennsylvania lawmaker pointed to the “very angry” political environment as one of the reasons for his decision. He said it was “extremely distasteful” and he doesn’t want to put his family through that kind of environment.

Furthermore, Rep. Costello said, “I think there is a lot of hate out there, from the left especially, and it’s a very angry environment. It is a sad commentary on the state of our culture and political environment. It’s not me doing it, but I am the one who gets the brunt of it.”

Moreover, he said he was “deeply troubled the U.S. Supreme Court’s ruling denying the Pennsylvania GOP leaders’ request to stop the implementation the new congressional map.