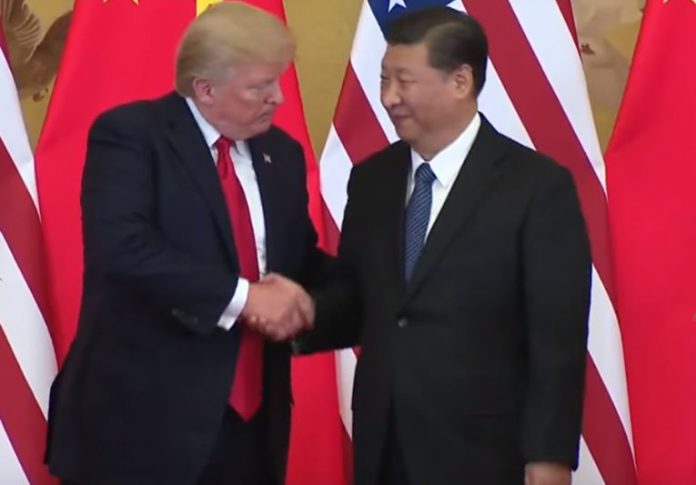 President Donald Trump is confident that winning the trade war with China is easy. However, some Republican senators think the President is losing the trade negotiations with China.

In an interview with Fox News Sunday, U.S. Treasury Secretary Steven Mnuchin said they put on hold the trade war and tariffs against China. They are trying to reach an agreement with China to increase its purchases of American products.

In a tweet on Tuesday, GOP Sen. Marco Rubio of Florida suggested that “China is out-negotiating” the Trump administration. He pointed to a Wall Street Journal report indicating that China managed to take advantage of Pres. Trump’s weak points to avoid many of the threatened U.S. tariffs.

Sadly #China is out-negotiating the administration & winning the trade talks right now. They have avoided tariffs & got a #ZTE deal without giving up anything meaningful in return by using N.Korea talks & agriculture issues as leverage. This is #NotWinning https://t.co/5kGO3qRGfY

According to Sen. Sasse, “I’ve been meeting with farmers and ranchers all morning. I have not yet heard one who thinks the U.S. has won anything from the Chinese leadership.They’re scared to death.”

Last month, Sen. Sasse stated that Pres. Trump “has no actual plan” to win the trade war with China. He added, “He’s threatening to light American agriculture on fire. Let’s absolutely take on Chinese bad behavior, but with a plan that punishes them instead of us. This is the dumbest possible way to do this.”

Several other Republican senators including Jeff Flake of Arizona and Jerry Moran of Kansas expressed concerned about the administration’s action on ZTE.

Sen. Flake commented, “What I’m concerned is there seems to be a lot of adhocery going on. Steel tariffs — you impose them and then go to [foreign trading partners] and say ‘if you want an exemption, this is what you need to do.”

He added,  “Then you end up with that ZTE debacle where you promise them some kind of relief from sanctions. We have a structure to this already. It’s called the WTO.”

Yeah, just cut the trade deficit with China by over 350 billion dollars. But we are losing? Lol

Bull Shit.... not a single one of them has had a positive impact on our economy or social structure. We have had more positive movement in the obstructed Congress than the preceding 20.