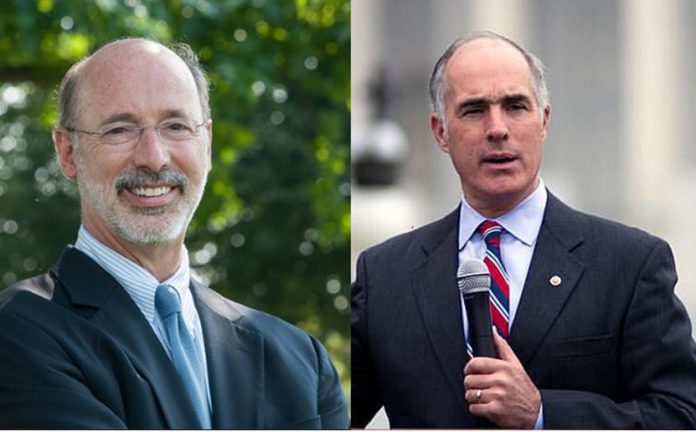 Pennsylvania Governor Tom Wolf and U.S. Senator Bob Casey will serve another term in their positions after defeating their Republican challengers on Tuesday.

Pennsylvanians elected Wolf to a second term in the state Capitol and Casey to a third term in the U.S. Senate. The results of the election serve as strong message— they are happy with the performances of their governor and senator.

Both Wolf and Casey are committed to expanding the availability of affordable and quality healthcare, improving education, raising wages for Pennsylvanians. They are both committed to keeping schools safe, ensuring equality in school and workplace, protecting seniors and individuals with disabilities. They support commonsense gun reform legislation to prevent violent crimes.

In a tweet on Tuesday night, Wolf said, “It’s an honor to be your governor. Together, we’re moving our commonwealth forward.”

On the other hand Casey tweeted, “Thank you for the privilege of continuing to serve you, Pennsylvania! I’m humbled, honored and ready to get to work.”

He added, “We should be moving forward, not backwards, on health care. I think that was a strong verdict tonight.”

“Some would say that our agenda for change is too ambitious. But you know what? We’re the United States of America. We build. We innovate. We invest. We invent the future. And we advance the cause of justice.”