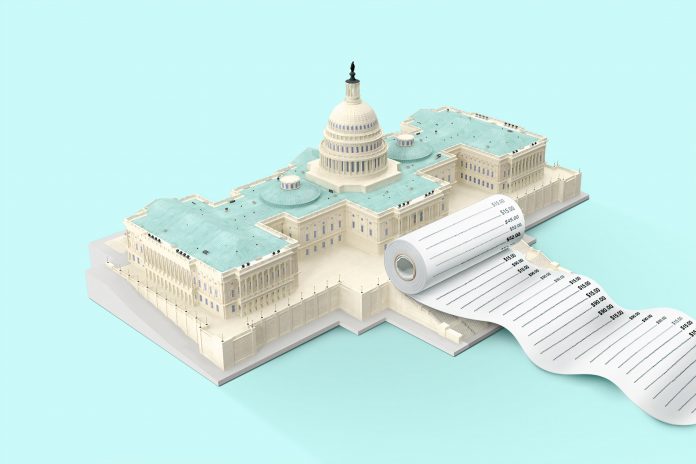 Government debt has reached levels not seen since the WWII post-war period, 128% of global gross domestic product, according to a July report by the International Monetary Fund.

In 1946, global debt levels hovered around 124% following WWII, a multi-year conflict that engulfed all corners of the globe leaving millions dead and whole nations in ruins.

Since the COVID-19 pandemic began, governments have scrambled to provide critical aid in numerous ways, including stimulus checks, emergency unemployment, and bailouts for businesses. Naturally, this has led to a noticeable increase in government debt.

While current debt levels mirror that of the post-war era, there are concerns that the post-pandemic economic recovery will not be as robust as it was in the 1950s.

For one, the post-war era was incredibly optimistic as birth rates increased and economic growth soared leading to untold levels of prosperity across the globe. By the late 1950s, annual economic growth averaged 5% in France and Canada, 6% in Italy, 8% in Japan and 4% in the U.S.

To top it off, population growth had reached 1% by the early 1960s in seven of the most advanced economies.

Today, the numbers are not nearly as rosy — the U.S., UK, and Germany have seen GDP growth levels around 2% annually, while Japan and France hover around 1%. Italy has fared worse and remained relatively stagnant.

Thus, arises the problem of paying down massive government debts without the robust economic growth seen throughout the 1950s. While experts argue that the current debt levels are not the end all, be all, the issue exists, nonetheless.