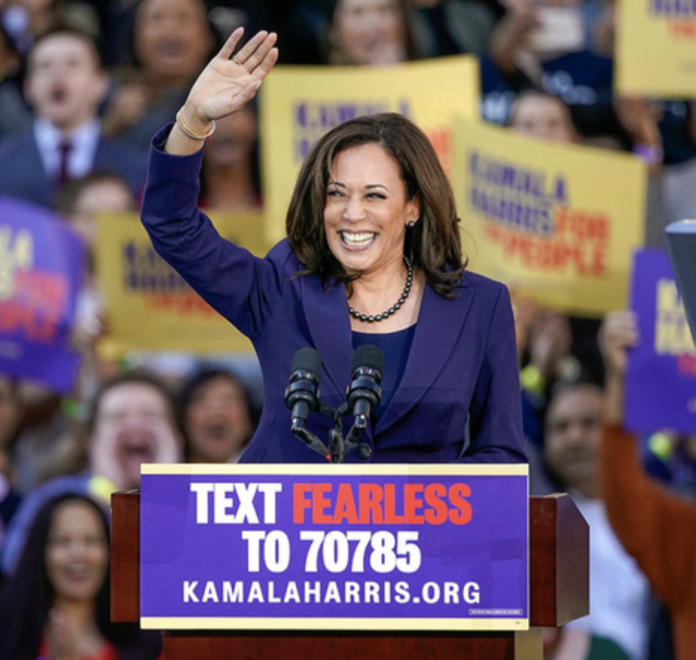 Last weekend, two mass shootings happened in America, one in Dayton, Ohio and the other in El Paso, Texas. Since these shootings, people across the nation have talked about potential factors and triggers which lead to mass shootings. This talks are inherently politicized with individuals on the left and the right taking wholly different stances.

Democrat candidates who are running for president have not hesitated to blame President Trump for these mass shootings. The common perception on the left is that Trump’s tweets and rhetoric have caused people to commit various crimes. This is an idea which Kamala Harris articulated while speaking in Iowa last week.

During Harris’ remarks in Iowa, she talked about the importance of a president’s speech. In essence, Harris stated that the messages which a president conveys are impactful and relevant. Furthermore, her remarks claimed that Trump’s words indirectly triggered the actions of the El Paso mass shooting.

In Kamala Harris’ own words:

“We also need a a president of the United States who understands that one of her greatest powers is to use this microphone in a way that is not about beating people down but lifting people up.”

“People say to me ‘did Donald Trump cause those folks to be killed?’ Well no, of course he didn’t pull the trigger, but he’s certainly been tweeting out the ammunition.”

Harris did not refer to Trump as a white nationalist or white supremacist, unlike her opponents in the 2020 election. She did, however, opine that President Trump is emboldening white supremacists.

More on the El Paso Shooting and President Trump’s Rhetoric

Developments from the incident in El Paso indicate that the shooter harbored animosity towards Hispanic individuals. This comes from an online manifesto where the shooter wrote about an alleged “Hispanic invasion.” Critics of the president are now claiming that Trump’s strong stance against illegal immigration is empowering individuals who are intent on doing harm.