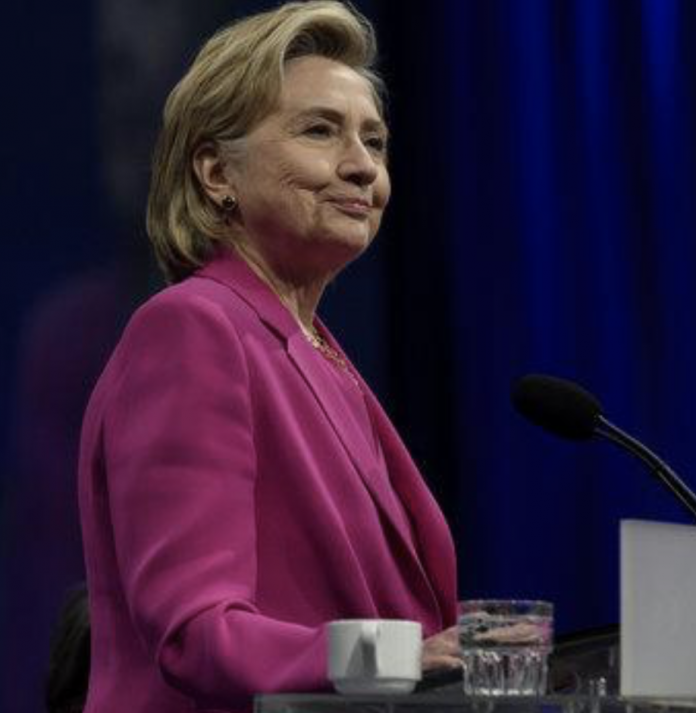 This past weekend, Hillary Clinton fueled ongoing speculations that she may run for president for a third time, reports Fox News.

The Possibility of Clinton 2020

During Clinton’s time in New York City, the failed former presidential candidate expressed her desire to “be president.” Her exact remarks read as follows:

Clinton then noted that there is “so much work to be done.” She also shared her thoughts on how America under President Trump’s leadership has impacted the world.

“We have confused everyone. We have confused our friends and our enemies. They have no idea what the United States is for or what we’re likely to do. The work would be work that I feel very well-prepared for.”

Finally, Clinton wrapped up by noting the “heavy lifting” that the next president will have to do. When asked about the prospects of running in 2020, Clinton stated that she will “not even think about it” until after the midterm elections.

Reactions to the Possibility of Clinton Running Again

Reactions to the notion of Clinton running for president yet again have varied. Some Americans believe it’s a good idea, while others have mocked the notion. Many conservatives and right-leaning individuals reacted with amusement online during this past weekend.

As the 2020 election approaches, Democrats are scrambling to find the right candidate who they believe will be able to successfully defeat Trump. Many names have come up, including Cory Booker, Joe Biden, Kamala Harris, Elizabeth Warren, and others. Different political commentators have chimed in with their thoughts, stating that the Democrats need fresher faces.

Hillary Clinton came under fire earlier this month after she seemingly dismissed civility towards Republicans. The failed, former presidential candidate stated that Democrats can become civil again after winning the midterm elections. Many Americans perceived that rhetoric as an endorsement of violence towards conservatives.

Readers of Fox News weighed in with their thoughts regarding the prospects of Clinton 2020:

“No matter how hard they try, the Dems just can’t get rid of Hillary. Proof that they’re no match for Trump.”

“If her only competitors are Pocahontas and Biden, she stands a good chance.”

“She spent over a BILLION dollars and lost.”